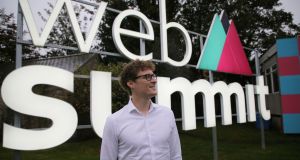 The DAA made an offer to purchase a site where a contentious plan for a third Dublin airport terminal is being advanced, and told its owners that failure to take up the offer would hurt the value of any future deal offered by the airport. The 123 acres are owned by brothers and aviation entrepreneurs Ulick and Des McEvaddy, who have attracted the Dubai-based investment firm Tricap as backers of their plan for a third terminal. Jack Horgan-Jones reports.

Saudi Aramco launched its long-awaited initial public offering on Sunday, kicking off the centrepiece of Crown Prince Mohammed bin Salman’s ambitious plan to overhaul the kingdom’s oil-addicted economy. The listing had faced a series of delays triggering doubts over the ability of the world’s most profitable company to secure the $2 trillion (€1.8 trillion) valuation coveted by the kingdom.

An Austrian investor has bought the Tallaght Cross hotel in west Dublin, which was developed by Nama-bound builder Liam Carroll as the last boom ended in 2008, and which has remained closed for almost a decade. The purchase is the latest addition to Thomas Roeggla’s portfolio of about 13 Irish hotels.

Web Summit, the global technology conference co-founded by Irish businessman Paddy Cosgrave, kicks off in Lisbon later today. The eclectic mix of speakers at this year’s event will include former UK prime minister Tony Blair, whistleblower Edward Snowden, and former footballer Eric Cantona, writes Mark Paul, who will be reporting from the Summit this week.

Further evidence has emerged of a cooling off of jobs growth, after an analysis by recruitment website Irishjobs.ie of vacancies on its site found that openings in the third quarter of the year were down 8 per cent on the same period in 2018.

Staying with the employment market, research from the employers’ lobby group, Ibec, suggests that the proportion of woman chief executives doubled to 16 per cent between 2001 and 2018. The employers’ group says its research shows “shows real progress in female participation rates in management” over this time. But it also highlights sectors, such as manufacturing and IT, where “there are some challenges which need to be tackled as a matter of priority”.

A global survey of venture capital financing has found that the Irish fintech (financial technology) sector led the way, as Irish companies secured more than $185 million (€166 million) in VC funding in the third quarter of the year.

In his column this week, Chris Johns warns that one of the distortions caused by Brexit is the way it obscures what is happening in the real world. Decisions on how States go about taxing the tech giants, the future of ECB monetary policy and how its incoming boss, Christine Lagarde, “resolves the arguments over what to do about Europe’s under-performing economy will be of far greater significance than Brexit”.

Finally, Pilita Clark looks at how Unilever is attempting to shake up the archaic way people are paid, by letting those lower down the pay ladder have a chance to take part in the company’s executive share scheme.