Other nominee is Defence Forces representative Gerry McAnaney, a critic of Delaney 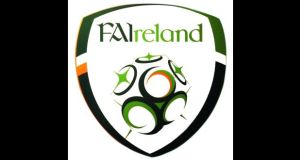 Paul Cooke has been nominated as FAI honorary treasurer

Former FAI finance director Tony Dignam is one of two nominees to succeed Michael Cody as honorary secretary of the association with Gerry McAnaney, the Defence Forces representative on council the other contender for the position.

Dignam left the association after three years in the job in June 2014 when he moved to Compass Catering, a company that, among many others, had a contract to provide services at the Aviva Stadium. He subsequently worked for Paralympics Ireland and most recently has been chief executive at The Agile Executive, a company that provides finance directors to smaller firms and organisations.

In his spare time, Dignam is a coach and a coaching co-ordinator with Wayside Celtic having previously been connected with St Joseph’s Boys.

McAnaney is a long-time council member who would be regarded as having been a critic of John Delaney, the former FAI chief executive.

As things stand, the pair will contest an election for the post on July 27th, at a council meeting to be held immediately after the association’s agm which is to be held in Trim that day; there would also be a plebiscite held on the candidacy of Paul Cooke for the position of honorary treasurer, the role previously performed by Eddie Murray, as his was the only nomination received by this week’s deadline.

Cooke is an accountant and former newspaper executive who previously represented Waterford United on council. To be elected he would, under the rules of the association, need a simple majority of the council members who cast a ballot on the day.

The association has made it clear the electoral process may well change between now and July with several reviews of the organisation’s finances and governance under way. The nominations have been accepted under the current rules and in the event that those are changed, both votes might be superseded by a new procedure, potentially involving additional or entirely different candidates.