More racing-free Sundays could be on the cards 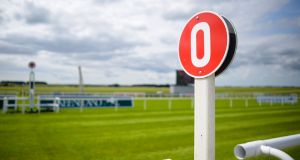 The Irish Racehorse Trainers Association has warned that blank Sundays could become a much more regular feature of the Irish racing calendar if the sport doesn’t get a derogation from new working time legislation.

The warning came on the back of a mostly positive response to a rare Sunday without racing in Ireland, the first of five Sundays during the summer with no flat racing here.

It’s a step introduced by Horse Racing Ireland to give stable staff breaks during the busiest time of the year.

However the IRTA has predicted no racing on Sunday could become a much more regular occurrence if the sport here doesn’t get reclassified as an agricultural pursuit.

Extensive lobbying of the Department of Business, Enterprise and Innovation for a derogation from strict application of that legislation still hasn’t produced an outcome although a decision is expected shortly.

However, the IRTA chief executive Michael Grassick has predicted serious changes to the race programme could have to be made if such a derogation isn’t given.

“We will probably have to have at least one or two blank Sundays across the board every month because trainers are going to have huge problems finding the staff to work these hours,” he said.

“It’s not that we don’t want to race. But to find enough staff to be compliant with the Working Time Act would mean employing an extra one third of the staff to work weekends because the hours are restricted. And they’re not there.

“If there isn’t a derogation it will have to have an impact on Sunday fixtures and on midweek evening racing too. Staff travelling any distance to go racing come up against the eleven hour timeline in that they can’t go back to work for eleven hours after they’re finished,” he added.

Even if racing does get agricultural status back though there appears to be general acceptance that a derogation from working time legislation won’t mean a return to the flexibility of old.

Attracting staff will continue to be a pressing problem and so there was a generally positive response to the first of HRI’s blank Sunday’s for flat racing even though Sunday’s are traditionally a high-profile date for the sport’s quality fixtures.

“I think it’s been great. Sunday is a big day and we can’t let it go completely. But it’s great for people to be able to get one off and spend time with their families, especially with the nice weather,” said the legendary former champion jockey and now successful trainer, Johnny Murtagh.

“Half of the staff are still working today. But they don’t have to go racing. And if we don’t look after the staff there’ll be no racing. They’re the main people,” added Murtagh, who played down fears the sport could lose out in profile terms by not operating on a day when many people are free to go racing.

“It might be a shop window on a normal day but there’s so much sport on now, with hurling and football matches at this time of year.

“People say the National Hunt is great but they don’t have to compete with the championship and Dublin playing in a Leinster semi-final for instance.

“And there’s so much sport on in the summer I don’t it’s losing out as much as we think. It’s maybe losing out for the bookies. All I know is that for those involved it’s very, very nice to be able take a Sunday off.

“When you’re wrapped up in racing you don’t think there is a world outside of it. But there is and we have to realise it,” Murtagh said.

His fellow Curragh trainer Dermot Weld did query if this was a correct Sunday date to leave blank.

“I’ve an open mind on it and I’m definitely in favour of rest periods. But I’m not certain it was necessary today,” he said.

The next completely blank Sunday, free of both flat and National Hunt racing, is scheduled to be July 29th, the day before the start of the Galway festival. There will also be no racing at all on September 2nd.