British racing not to return until June 1st at the earliest 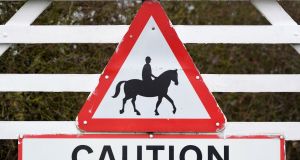 The British government’s Covid-19 Recovery Strategy pushed out any resumption there to next month. Photograph: Joe Giddens/PA Wire.

France looks like having Europe’s major racing stage to itself this month after confirmation that the sport cannot resume in Britain until June 1st at the earliest due to the coronavirus crisis.

On the day racing behind closed doors began again at Longchamp, the British government’s ‘Covid-19 Recovery Strategy’ was published and pushed out any resumption there to next month.

Stage Two of the strategic plan permits “cultural and sporting events to take place behind closed doors for broadcast while avoiding the risk of large scale social contact”.

That appears to clear a route towards a resumption of racing on June 1st but still represents a blow to the British Horseracing Authority who had planned for a return later this week under a “best case scenario”.

That scenario had included proposals to run the opening English classics of 2020 – the 2,000 and 1,000 Guineas – over the first weekend of next month, June 6th and 7th.

The Derby and Oaks had also been pencilled in for a date in early July with Royal Ascot set to take place behind closed doors on its original dates of June 16th-20th.

Racing ground to a halt in Britain during the week after the controversial Cheltenham festival in March. Even if racing can get under way in Britain on June 1st the sport faces a lengthy outlook until it can take place in front of spectators.

Under the British government’s strategy the opening of sports venues and stadiums “may only be fully possible significantly later depending on the reduction in numbers of infections”. There is speculation such an outcome could take months.

Racing in Ireland is currently not planned to resume until June 29th as part of the third phase of the government’s Roadmap for Reopening Society & Business.

Horse Racing Ireland is continuing to lobby for a potential earlier return having previously anticipated being allowed resume as early as next Monday under Phase One of the government plan. It has been speculated that a June 8th date as part of Phase Two could yet be agreed as compromise solution.