Sonia O’Sullivan: Gift of running that keeps on giving 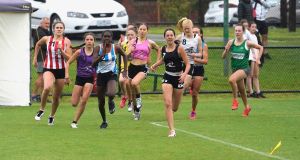 Athletes competing at the Parkdale Gift running festival in Melbourne. It’s not always the fastest athlete that wins but the athlete who masters their starting mark in relation to the rest of the field on a given day. Photograph: Jamesons Photography

It’s been a familiar start to the sporting year in Australia and especially in the tennis. Novak Djokovic securing his eighth Melbourne victory wasn’t without some drama, including his interference with the match umpire, raising some discussion around the typically guarded image of tennis.

Before that the other main interest was the Tour Down Under in cycling. It was won in the end by Richie Porte from Tasmania, at age 35, who recorded the biggest margin of victory since he also claimed the race in 2017.

It was closely followed up by the 133km one-day Race Torquay, part of the Cadel Evans cycling weekend, that was won by Sam Bennett, who made a good start to 2020 with his new team Deceuninck-Quick Step.

After that it was nice to get an entirely different image of athletics, when I attended a local Gift Running meeting last weekend.

Also known as handicap running, pro running, or whatever else you choose to call it, it’s another branch of athletics that is alive and vibrant in Australia. With no sight or mention of the Nike Vaporfly – or any other modern shoe technology.

The Parkdale Gift was staged at the Gerry Greene Reserve, a well-drained and near-perfectly level 280m oval for running, located in the suburb of Parkdale, 25km south east of Melbourne. It was previously held in 1963 and 1964 and revived three years ago.

The overnight rainfall and soft rain throughout the day didn’t dampen spirits and the event carried on as normal. As good as any all-weather track, runners and spectators turned up in droves, never in fear of the event being cancelled.

In some ways Gift Running feels like a completely different sport, generally run on grass oval tracks, with just one white line for the circular events and a long 120-metre eight lane straight down the middle of the oval.

There is also a whole set of rules that are not even considered when at a regular athletics meeting. And generally just foot races on a grass field too, as the field events don’t get a look in.

It’s not always the fastest athlete that wins either but the athlete who masters their starting mark in relation to the rest of the field on a given day; this mark can also change depending on how your current form is weighed up by the team of official “handicappers” .

For those looking for athletic entertainment there is no shortage at these Gift Running carnivals held throughout Australia, with ever more frequency than a standard track meetings, even though they are all almost all grown and promoted in their own local area or regional country town.

Gift running dates back to the late 1800s, when gold mining towns set up foot races to help the miners keep fit. The races were set up as a handicap race so as to give everyone some chance of winning the Gift which was a much coveted nugget of gold.

The Victorian Athletic League (VAL) governs the sport in Victoria since 1895 and only since the mid 1980s have the international open athletes been allowed to compete. Part of this is due to the professional status of the handicap races, when athletes were required to maintain an amateur status to compete in national competitions and qualify for World Championships and the Olympics.

In recent years the VAL, which would be seen as proactive in how it markets the sport, realised that the attraction of national and international stars would help generate more publicity and help gather and maintain sponsors to keep these events alive.

In Victoria alone there are now 21 Gift Running events, throughout spring and summer, all leading to the coveted Stawell Gift where along with the main 120m event there are a whole range of events including 200m, 400m, 800m, mile and two-mile events.

I was at Parkdale primarily to watch the women’s 800m, the richest 800m race of the series. Sponsored by a local travel company there was $2000 up for grabs with the winner taking $1200.

The main draw card was Catriona Bissett who last year broke the Australian 43-year old 800m record, when running 1:58.78. She would be the back marker here, wearing red, all runners given a coloured bib to wear to make them standout once the race gets going.

There were two heats of 17 runners, and everyone running on one single line there can be quite a bunch of colours coming off the final bend all fighting for a place in the final. Every finalist would get at least $50 and at least break even for the day covering the entry and travel expenses.

Bissett just scraped into the final along with all the main contenders but would still start giving up 146m to the front marker and the other athletes all dotted along the way the closest at 32m, Sarah Billings who had just run 2:06, 2 days earlier at the Boxhill Classic and my daughter Sophie O’Sullivan also having her first go at handicap running starting at 38m.

Then on the side of the track is the local bookmaker with his white board and cash bag taking bets on who would win each race, with the odds fluctuating all evening between the heats and final.

Some of the interesting rules are that an athlete can’t look behind, or in the sprint races look to the side; if you false start you will be pulled back 5m and all athletes must wear spiked shoes. You can get special permission to wear regular running shoes but then later in the season you can’t change to spiked or lighter shoes without being penalised and giving up some extra metres.

This is the thing about Gift running: if you are going through the season preparing for the biggest and richest race of the year you don’t want to show too much good form early on. Most exclusively “gift” runners wouldn’t have any standard races or times throughout the season.

It’s racing but not like we know it in the standard format, pure entertainment, as the backmarkers start to make ground and catch the front runners, who also have the benefit of running less distance and try to hold on.

In the meantime the faster runners appear to be eating up the ground as they gain momentum and competitiveness in the final straight, only to run out of track as the finish line approaches, all the while the excitement rising with the colourful commentary and cheering crowds. A bit more like being at the races than on the sidelines of an athletics track, and being reminded of the gift of running that keeps on giving.