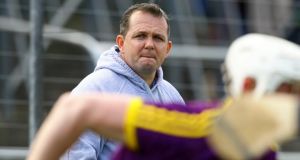 Dublin v Donegal Kingspan Breffni Park, 2.30pm
Donegal pipped Dublin on the line when these cohorts met at minor and more than half of those players remain involved here, including Ethan O’Donnell who scored the winner three years ago off the bench and also came on to score a goal in this week’s big Ulster final win against Derry.

Donegal have had the advantage of a more competitive route, even if that came about courtesy of just Tyrone who nearly beat Declan Bonner’s side in the drawn Ulster quarter-final.

A number of the players have had senior experience in this season’s league, including impressive centrefielder Jason McGee, which contrasts with Dublin although Con O’Callaghan would have got game time had he not been club-tied with Cuala in the hurling championship. There’s no doubting the potential of O’Callaghan, Chris Sallier and Aaron Byrne in the Leinster champions’ attack but Donegal have forged a formidable unit and can repeat the narrow win at minor level.

Kerry v Galway Ennis, 4.30pm
It offers the likelihood of historical symmetry that Kerry, having won the first under-21 All-Ireland, should be hot favourites to win the last before the grade is changed to an under-20 developmental level next year.

Having won the last three minor All-Irelands Kerry have an abundance of promise and winning experience whereas Galway conform a little to their stereotype of a quality front eight but some question marks over the defence.

The Connacht final went to extra time although Galway looked in control from the start of the second half against Sligo. Kerry blew Cork off the park in the Munster final and if that was a lukewarm challenge, the scale of the win spoke volumes.

The battle in the middle sees the player of the Munster championship Andrew Barry up against Galway’s accomplished Peter Cooke. Kerry captain, Brian Sugrue misses out because of injury but Jack O’Connor has the panel strength to absorb that and edge closer to a first All-Ireland in nine years.

Allianz Hurling League Division One semi-finals (Both live on TG4)

Limerick v Galway Gaelic Grounds, 2pm
Since the quarter-final format was introduced the number of Division 1B reaching the semi-finals has grown remorselessly each year from zero in 2014 to three this season. It’s the view of some that the more relaxed schedules in the lower tier leave teams emerging with a bit more in the tank than the frazzled occupants of 1A who have spent a short few weekends battling through ultra-competitive fixtures so that they can do it all again a year later.

This pair met a brief fortnight ago in a context that was clearly scheduled to be a promotion decider but as Wexford had clipped them both early in the competition it was more of curiosity item. In what had become something of a habit Limerick paid the price for a poor second-half display and Joe Canning turned the screw for Galway.

In the quarter-final Limerick were more measured in the defeat of Cork and shaded a tightly-contested match. Gearóid Hegarty has been playing exceptionally well as a target man with David Dowling and Cian Lynch providing the blade’s edge and Shane Dowling’s frees they are capable of putting up a score.

Galway are favourites but they are so infuriatingly inconsistent that it’s hard to be confident. Based on the last 20 minutes against Waterford in the quarter-final they’ll win the All-Ireland but based on the first 20 they’ll be beaten out the gate.

Canning and David Burke were not for the first time the bright lights in the victory but when in synch it’s an impressive attack with Conor Whelan back the last day beside Conor Cooney and Cathal Mannion comprising the full-forward line.

Limerick’s improvement has been more organic and they will be pleased with the opportunity to have another crack at these opponents and given the visitors’ unpredictability anything could happen but Galway have a higher ceiling at the moment and we’ll take on trust their ability to reach higher.

Wexford v Tipperary Nowlan Park, 4pm
It won’t have escaped Wexford’s attention that their predecessors of the past two years have gone on to win the title, especially as their manager Davy Fitzgerald did it just last year with Clare. The momentum of promotion fuelled them and Waterford two seasons ago.

Tipperary are the third All-Ireland champions in four years to reach the league semi-finals seven months later but both Clare in 2014 and Kilkenny last year were beaten.

These counties have had the most gratifying campaigns. Fitzgerald’s elevation of Wexford for the first time in six years was unexpected but they struck early against promotion rivals, Limerick and Galway, and navigated the rest with noticeable composure.

Michael Ryan has emphasised all along that Tipp are keen to defend this All-Ireland with a seriousness not always evident in this and previous decades and they were clearly the quality team in Division 1A. It may be an issue that they sewed up top spot in the table fairly quickly.

The less urgent demands of recent weeks – failing to win their last two regulation matches and battering Offaly in the quarter-finals – leave them at a slight disadvantage going in against a Wexford side high on beating Kilkenny in Nowlan Park.

In keeping with his intentions, Ryan has named a very strong team and the question for Wexford will be whether they can make the sweeper work as successfully against Tipp as it did in Kilkenny. There would have to be reasonable doubts given the potency of John McGrath, Séamus Callanan and company.

Heightened fitness levels have been a distinct advantage for Wexford so far and that effect will taper but the rise in confidence and consequently performance levels were so obvious in the menace posed by Conor McDonald, Paul Morris and Lee Chin that they are well capable of giving the All-Ireland champions plenty of it at a venue in which Tipp aren’t always happy playing.

Tipperary are flying sufficiently high at the moment, though, to escape the nets.