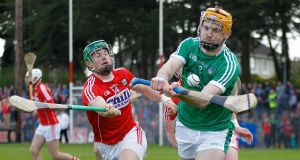 There was irony in the exchange earlier this month when Limerick manager John Kiely complained about not knowing whether the GAA was going to change the format for the hurling league and Croke Park responded that no format change would take place without a season’s advance warning.

Limerick though had more reason than most to wonder, having been promoted from Division Two in 2011 only to have that nullified later in the year by a restructuring of the divisions.

At the time Kiely was speaking just after the narrow defeat by Galway in the last regulation match of the season. On Sunday they face the same opponents in the same venue, Limerick’s Gaelic Grounds in the first league semi-final.

Both counties spent the spring in Wexford’s slipstream in Division 1B and whereas that came as a shock to Galway, expected to make it a snappy one-season sojourn in the lower tier, it was déjà vu for Limerick, who have been unable to secure promotion every year since being regraded.

Kiely however has had a longer time-frame in mind since taking over the position, making no secret of the fact that his management has been appointed for three years.

As the man who led the county to the 2015 All-Ireland under-21 title he was the obvious candidate to succeed TJ Ryan, whose term ended in a fractious year with media recrimination and disappointing results.

Leaving aside last year’s inter-county season, the recent past has been an encouraging time for Limerick hurling.

As well as the under-21 success, the past two Fitzgibbon Cups have been won by Mary Immaculate College of Education and 13 months ago Na Piarsaigh won the county’s first senior All-Ireland club title.

This weekend Limerick are within two matches of winning a first league title since defeating (coincidentally) Galway 20 years ago in a competition that was held on an experimental basis over the summer with the final in October.

Continuing the integration of the under-21s into the senior panel has been one task for Kiely but there have also been positive developments with injuries clearing and players returning to the panel. One of the under-21s’ key players Barry Nash left the panel earlier this year but has since come back.

Performances have been gradually picking up.

The league quarter-final win over Cork was an example, as the counties met twice in the Munster League, the provincial pre-season tournament. Limerick lost the first by a whopping 7-22 to 1-19 but two weeks later in the final, they went down to an injury-time goal from Alan Cadogan to lose by a point and two weeks ago, reversed that margin with an impressive victory in Páirc Uí Rinn.

In the divisional match against Galway Limerick were beaten by a score in a somewhat disappointing match.

But they have demonstrated the ability to bounce back with improved displays and although June’s championship date with Clare is looming on the horizon a first league final since losing to Kilkenny 11 years ago would be another step forward.