No chance to breathe as Tipp avalanche buries Kilkenny

Cats fought hard with 14 men in second half, but couldn’t halt Tipperary momentum 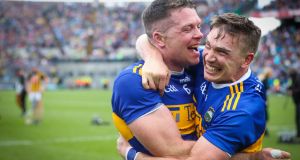 They tell skiers that one of the first things you should do in an avalanche is spit. One minute you’re gliding along like Tomba la Bomba, next thing the mountain is rumbling overhead and you’re swallowed up by a tidal wave of snow. You don’t know what direction you’re facing or which end of you is up or, most crucially, how to get to the open air.

So as soon as you stop moving, the advice is to dig as big a hole as you can in front of your face and then spit. The only thing you can really trust in life at that point is gravity, and your loogie must obey it too. Once you see where the spit goes, you know the surface lies in the opposite direction. So that’s the way to dig.

In the 10 minutes after half-time here, Kilkenny’s world wobbled and darkened and got squeezed of air. The over-arching question at the break was what damage the red card would do to them, and it took no more than jig-time to get an answer. Tipperary didn’t so much get a run on them as inhabit them. They invaded Kilkenny’s personal space, insulted the very idea of it.

Spit? Kilkenny’s players would have done well to even locate their mouths in that spell. Nothing they sent into their full-forward line got any purchase. Cathal Barrett revelled in his free role, mopping up a world of ball and picking his way out of defence with it. Barry Heffernan and Paudie Maher blazed out with whatever else was going, sending long diagonals to Séamus Callanan who always had outriders gunning up in support.

The half-time score was Tipperary 1-9, Kilkenny 0-11. By the time Noel McGrath scored his only point from play, in the 45th minute, it was 3-14 to 0-14. Kilkenny went from being right there in the game to feeling like they were trying to hurl in a wardrobe full of winter coats. 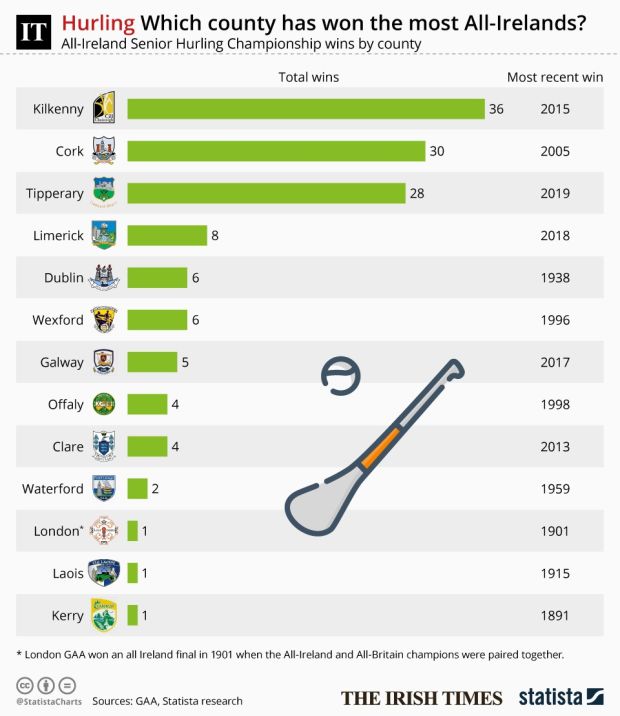 We said to ourselves, ‘Don’t let them come at us just because they’re down to 14’

“It probably looked comfortable because they went down to 14 men but it wasn’t,” said John “Bubbles” O’Dwyer afterwards. “After we got our second goal, Kilkenny came with a barrage and they attacked where they’re strongest, in their full-forward line. So it wasn’t simple. The scores didn’t come too easy. We worked hard, that was one of our pillars: to work hard and to make sure that just because they were down to 14 men, we don’t take our foot off the pedal.

“Half-time was no different really to any other game. The way hurling is going, it’s all process-driven, it’s all structure-driven. We just said we were on a different scale compared to the semi-final in that it’s the team we’re playing against that has gone down to 14 rather than us. So we said to ourselves, ‘Don’t let them come at us just because they’re down to 14.’”

They didn’t. Instead, Tipperary went full-on Walter White on it. They were the ones who knocked. With their first five shots of the second half, they ran up 2-3, all from play. The goals came from Callanan and O’Dwyer, four minutes and 55 seconds apart. That was all it took: 295 seconds, a season decided in the length of time it takes to make a nice dippy boiled egg.

In between the goals, Callanan, Bubbles and Séamus Kennedy all whipped a point apiece, each of them a carnival fandango unto itself. Walter Walsh got in for a point in the middle of it, but it was nothing more than a snatched breath for Kilkenny. The damage was done and, from there, the day was irretrievable.

“It was a tough ask and that did give them the daylight,” said Brian Cody of that spell just after the break. “We kept it at and we kept popping some scores but we needed a goal, which was going to be very difficult to get with an extra defender back there. But we defended magnificently.

“I thought some of our players were outstanding against serious odds and that’s the way it went. There wouldn’t have been a huge confidence outside the dressing-room in our team but the way they fought, the way they played, the way they defended I thought was excellent.”

They know better than anyone that once you reach a certain point, there’s nothing to be done.