Nicky English: Wexford have the energy but can they contain TJ Reid? 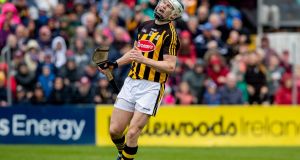 TJ Reid: has been in superb form and will pose Wexford major problems in the crunch encounter at Wexford Park. Photograph: Morgan Treacy/Inpho

Even if the quality of hurling hasn’t been as impressive in the second year of the experimental championship, it’s hard to argue with a last weekend that sees seven of the 10 counties in with a chance of either reaching the provincial final and seven at risk of seeing their championship come to an abrupt end.

Leinster has been really interesting. By virtue of a second-half surge against Dublin and not playing for three weeks Kilkenny’s stock soared because their rivals were seen to be heading in the other direction.

Reality intruded in Nowlan Park last week when Galway reasserted themselves. It wasn’t a particularly bad display from the home team but it was again clear, if we’d forgotten over the previous couple of weeks, they’re not the Kilkenny of old.

What they do have is TJ Reid, who has matured into the best hurler I have seen. He’s set a really high standard over the past few years when Kilkenny aren’t winning All-Irelands and he has to pull them through games. Even when, like last Sunday, they can’t quite manage it he has been outstanding in his efforts to get them there.

He needs reinforcements though and Colin Fennelly was the only other forward capable of competing with Galway last week in the much-missed absence of Walter Walsh. A fired-up Wexford playing at home is also going to be a physical challenge and although Brian Cody’s injury problems are easing they have to survive this weekend or the championship could be over for this year.

It’s a concern in Wexford Park against a defence containing Paudie Foley, Matt O’Hanlon and Liam Ryan. Wexford mightn’t have a marker for TJ Reid but they’ll be physically stronger than most of the Kilkenny attack.

The counties have had this strange year-in, year-out relationship since Davy Fitzgerald took over in Wexford. He beat Kilkenny in the 2017 league and championship, lost the same matches last year and has won the two meetings so far this season.

It’s worth saying though that the league match was played in a gale and Reid didn’t play then or in the Walsh Cup match earlier this year.

I expect the atmosphere will be electric, the way it was two years ago at the same venue, and it helps the home team. Wexford have also been getting their scoring up into the 20s apart from the Galway match in Salthill, which was an unusual game and not a bad result for them.

They also have had more energy this year, which they need to optimise the sweeper system when bombing forward on counter-attack.

The problem is that scoring doesn’t come easily. Lee Chin is a magnificent leader but his free-taking is erratic and not as reliable as Reid’s. With any measure of assistance up front, particularly if Walter Walsh has fully recovered, I think TJ will again be the difference.

In the other Leinster game, Dublin have a great opportunity but I suspect that Galway’s reawakening in Nowlan Park came at a bad time for them. I was particularly impressed with Conor Whelan’s hurling against Kilkenny last week, which was back close to his best.

Dublin probably should have beaten Wexford and played well for most of their game in Nowlan Park but they’re up against a form side. They also don’t score enough whereas Galway, even with Jason Flynn having a poor day on frees and Joe Canning absent, were able to shoot nearly 30pts (3-20) against Kilkenny.

Venue again is an advantage. It’s such a small pitch and Galway’s athleticism won’t have the same scope to influence things but it will impact towards the end when Dublin have a tendency to run out of steam.

In Thurles on Sunday, Tipperary-Limerick has the potential to be the biggest game of the year if it is a big game. The teams could be playing twice more in the championship and if so, this will be the least important.

It’s tricky from Tipp’s point of view. The county’s psyche really depends on momentum and I can understand why Liam Sheedy and his management don’t want to take their foot off the gas even though the longer-term requirement almost certainly demands that he rotate players – what’s more, in his position I’d do the same thing.

In the circumstances I expect Tipp to win but this won’t be the end of it.

Finally, whereas I don’t think Cork are bullet-proof in Ennis, Clare have been a big disappointment so far. They have been unlucky in that in all three matches, they have been on the receiving end of their opponents’ best performance so far – even Waterford, who lost by just a point.

There have been tactical errors – playing the sweeper against Tipp – and inconsistent form from key players but the practical issue, as in nearly all matches this championship is the difficulty they have had in scoring – averaging just 0-15 against Tipp and Limerick.

Cork aren’t at that level but 0-15 isn’t going to beat them, either.

Solskjaer unable to say if Paul Pogba will play for Manchester United again 22:30
Moloney on song as Tipperary prove too strong for Westmeath 20:45
TV View: No Beano on the couch as Dennis proves a right old menace 19:06
Newcastle feel the heat as Arsenal get some of their old mojo back 19:18
Clare pull well clear of Laois to keep unbeaten run intact 17:51
Crossword Get access to over 6,000 interactive crosswords