Irish sisters, doing it for the underprivileged in America’s deep South 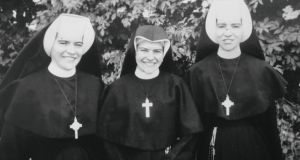 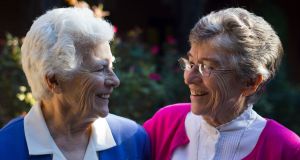 Sister Jo Murray (left), and Sister Gabrielle Murray grew up on a dairy farm in rural Ireland with eight siblings. Since entering the convent at 18, they have both traveled the world as teachers and nurses to help communities in need. Photo courtesy of the Murray family

In 1951 five teenage girls set sail from Cobh in Co Cork for Texas to become nuns in a San Antonio convent school set up to educate black children and run by the Sisters of the Holy Spirit and Mary Immaculate.

Included were two sisters, Josephine and Gabrielle Murray, from a farm near Ballinasloe in Co Galway. They are now aged 80 and 85.

During the Civil Rights Movement in the 1950s and 60s, their congregation defied the Catholic Church’s call to stay away from politics by marching with protesters and supporting the desegregation of schools.

Their pupils became influential leaders some were the first in their families to go to college.

Over the past three years Emma Decker from Oregon, a grand-niece of the Murray nuns, has lived on and off in the convent and made the programme Sisters which will be broadcast as RTÉ Radio 1’s Documentary On One at 2pm on Saturday with a repeat on Sunday at 7pm.

In the programme the Murray nuns speak about growing up in the West of Ireland in the 1940s, about emigration as young single women and arriving into a deeply polarised American South, being teachers in what was the first free Catholic school for African Americans in the state of Texas, and getting caught up in the the Civil Rights Movement.

Now both woman, and their fellow nuns, face coming to terms with the end of their way of life.

Both are candid about the difficulties of being a nun, an activist, and an immigrant in the US at that time.

After Martin Luther King Jr was assassinated one recalls hearing a member of the Knights of St Columbanus jubilantly shout, “Yes! They got him!” She wishes she had hit him. The other nun recalled meeting an infant niece for the first time and realising “that I would never have a beautiful baby of my own.”