‘We’re not sure where to go from here, you feel like you have let people down’ 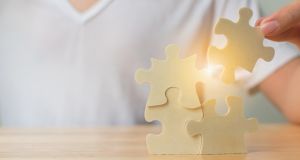 Chairperson of I-CARE Angela Tourish said the centre risks closing at the end of the month.

An autism charity in Co Donegal says it is facing closure after it lost out on funding from the Department of Social Protection.

Minister of State for for Disabilities Finian McGrath recently announced details of the Ability Programme, which allocates € 16 million funding to 27 projects.

Autism charity i-CARE based in Inishowen Co Donegal was set up 17 years ago by local parents who have relied on donations and council funding to maintain services.

The charity said it was frustrated that 13 of the 27 programmes that were allocated funding are based in Dublin.

Four of them, including the Irish Wheelchair Association and the Central Remedial Clinic are within Mr McGrath’s own constituency of Dublin Bay North.

I-Care joined forces with Bluestack Special Needs Foundation and Extern in a bid to receive funding together but their application was turned down.

The centre receives no funding from the Government but the HSE and Tusla informally refer children and young adults in Donegal to the service.

Chairperson of I-CARE Angela Tourish said the centre risks closing at the end of the month due to a funding shortfall. “I don’t think we will have enough money to pay the wages this month at this rate. We have already curtailed a lot of trips for the kids outside the centre,” she said.

“We’re not sure where to go from here. We have exhausted all avenues for funding and had no many plans for this money if we had been awarded funding. It’s very tough to have to go back to the drawing board again. You feel like you have let people down,” she said.

Liam Gill, a manager of the iCARE centre said his son Ryan (17) has autism and type one diabetes. Mr Gill said without the centre, his son would not have any social outlet.

“He wouldn’t be able to mix with young people his age outside of school. My other two children would not get a much-needed break. My wife also needs time to herself. Not only does his autism affect my family, but also his type one diabetes. Given his inability to communicate, his bloods have to be checked constantly and four injections of insulin administered per day. Diabetes is a difficult condition for any teenager but is further compounded if you have classic autism,” said Mr Gill.

He said the centre provides an outlet for young people aged eleven and older who cannot attend a normal youth club setting.

“The aim was to provide social activities during school holidays, to avoid the social exclusion for those with Autism Spectrum Disorder who are at a significant social disadvantage. It gives them a chance to prosper through engaging and participating with others,” he said.

Mr Gill said the centre can no longer depend on the generosity of the local community to function. “For parents of children with ASD to be fundraising constantly as well as rearing families it’s unsustainable. We are facing the unimaginable but very real prospect of closing our doors at the end of June,” he said.

“The implications are so dire that I find it difficult to contemplate the devastation this will cause to the families, children and young people who iCARE support. If we do not receive emergency funding soon, our centre will close. The fallout will be hard to manage,” he said,

In response to complaints by the centre regarding the allocation of funding the Department of Social Protection said: “Projects receiving a score of 60 or above were deemed by Pobal to be of sufficiently high standard to be recommended for funding. On this basis, Pobal recommended 27 projects as being suitable for funding; this represents some 46 per cent of the proposals received.”

“These recommendations were accepted as they were made by Pobal on the basis of the above objective criteria only, which were communicated to all applicants equally.”

This year, the Ability programme attracted applications from 59 projects.

“There should be a commitment that charities like us and small not for profits) do not have to compete with national organisations who have well paid people to make applications and allocations should be spread throughout Ireland,” he said.