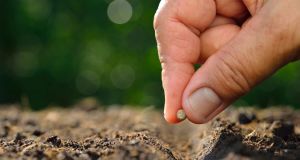 In his recently published book A Higher Loyalty, James Comey, the former American FBI director, reveals that his intention in his early college years was to study medicine. That began to change, however, when he saw an advertisement for a religion class on the college notice board and signed on. He writes: “The religion department introduced me to the philosopher and theologian Reinhold Niebuhr whose work resonated with me deeply. Niebuhr saw the evil in the world ... (he) painted a compelling picture of our obligation to try to seek justice in a flawed world.”

Reinhold Niebuhr was an important theologian in 20th-century America. He maintained that Christians, and especially those with political influence, have a duty to seek whatever justice is possible in the world.

Comey, influenced by Niebuhr’s thinking, switched from medicine to law, taking religion as a secondary subject. Comey, who has Irish roots, is deeply religious and active in the Methodist Church.

One wonders to what extent his (and Niebuhr’s) religious views shaped his professional career and encouraged him to declare Donald Trump unfit for presidential office.

Tomorrow’s Old Testament reading is about another ruler considered unfit for office where religion clearly did have a role.

We read that “the Lord was sorry that he had made Saul king over Israel”. The prophet Samuel is convinced that Saul’s behaviour is unacceptable to God and looks for a successor. In his search he rejects the older sons of Jesse and chooses David, who was assumed to be out of the running because of his age. God sees things differently to us.

The gospel reading underlines that point. We demand action and expect immediate results but that is not God’s way, as Jesus made plain in the wilderness temptations, where dramatic gestures are rejected.

For example, in 1935 the Rev Chad Varah, a young clergyman in Lincoln, was deeply affected by his first funeral which was for a 13-year-old girl who had committed suicide because she mistakenly thought she had an STD. That day Chad Varah vowed that helping people, and especially young people in times of distress, would be a priority in his ministry.

The seed that would become the Samaritans organisation had been planted. Varah pioneered sex education for the young and because of this earned the label, as he wryly observed, of “a ‘dirty old man’ by the time I was 25”. As a busy parish clergyman, he had little spare time for extra parochial work. The fact that he had to work as a children’s comic scriptwriter to augment his modest church stipend also took time. (He was one of the brains behind the strip cartoon spaceman Dan Dare.)

But Chad Varah never gave up on his ambition to develop a listening ministry and the opportunity came when he was appointed to the London parish of St Stephen Walbrook where he was inundated with appeals for help so much so that he got parishioners involved. Eventually he launched the Samaritans on November 2nd, 1953, in his church vestry. Today it is a worldwide movement providing professional support to people in distress.

In the epistle reading St Paul tells us: “We walk by faith, not by sight”, which is what Chad Varah did and great people of faith continue to do.

Corrie ten Boom for example was a Dutch Christian who, along with her father and other family members, helped many Jews escape the Holocaust during the second World War and was imprisoned for her actions. Here’s how she explained her courageous stand when things got tough: “When a train goes through a tunnel and it gets dark, you don’t throw away your ticket and jump off. You still sit and trust the engineer.”