Tusla cannot eliminate all risk to children: it needs our support 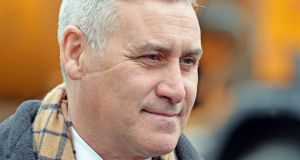 Earlier this month Tusla’s chief executive, Fred McBride, wrote to his 1,500 social workers warning of a coming “storm” – a report from the Health Information and Quality Authority (Hiqa), which was published on Tuesday.

“The findings and inevitable publicity may cause you some concern,” he said, “but I want to reassure you in advance that the radical journey of change we are on together has already made a tangible difference to the lives of vulnerable children and families.”

Amid the coverage, some positive findings went largely unreported.

As well as unacceptable deficiencies, Hiqa found Tusla had “achieved a considerable amount to embed the organisation during its four years” and “a clear strategic direction and long-term vision”.

There were “many examples of good practice by dedicated personnel” and “Tusla appropriately responded to children who were judged to be at immediate and serious risk of harm”.

Tusla’s serious problems detailed in the 308-page report were not news to regular observers. They include: inadequate management oversight; insufficient collaboration with gardaí especially on retrospective allegations; inadequate communications and record keeping; inconsistencies in social workers’ approach to allegations of sex abuse; and shortage of social workers.

Most of these are being addressed (many were before this Hiqa investigation began) and some are beyond Tusla’s full control.

Tusla has tried to recruit social workers from colleges here and from Northern Ireland, England, Canada and New Zealand. It attracted 12 last year. Not only are qualified personnel reluctant to come here but the ones we produce are emigrating.

Mr McBride describes child protection as the “hardest shift” in social work and has called for higher pay for Tusla’s social workers than others in, for example, geriatrics or disability. Tusla is also near completing a workforce plan on how to free-up social workers from administration and get them back to working with children and families.

Hiqa welcomes Tusla’s new national approach to child welfare, Signs of Safety, and its confidence that full implementation will address many deficiencies.

Failings identified, however, “meant children may have remained at risk, a situation Hiqa views as unacceptable”. This must be addressed, and more urgently.

In this regard Mr McBride must feel some relief that Tusla is getting some practical support.

Among Hiqa’s four recommendations is that Hiqa and the Department of Children will “undertake an international review of best practice in the regulation of children’s social service... to inform the development of a regulatory framework for those services” here. It also says the department must urgently work with third-level institutions on recruiting social workers into Tusla.

At his press conference on Tuesday, Mr McBride was “very pleased that they [Hiqa] are proposing a much more collaborative approach in how we monitor progress and drive forward change”.

In his earlier email to staff, Mr McBride stated: “Protecting children speaks to the core values we hold as human beings. Considering harm or abuse to a child evokes huge feelings of hurt, trauma, fear, anxiety and blame... We know many observers outside of Tusla find it difficult to fully grasp the complexity of our work and the challenges it presents.”

The deficiencies in Tusla’s operations and practises must be called out. They are unacceptable. But equally we cannot expect Tusla or any organisation to eliminate all risk to children. None ever will. The agency – its social workers and management – need our support while deserving criticism.

But we also need to face some uncomfortable facts if we are serious about child protection.

Most of the families with whom organisations like Tusla and Barnardos work are vulnerable, often in disadvantaged areas that have been hardest hit by the recession and spending cuts. The increase in suicides among young mothers in some of the poorest areas in Dublin last year, reported in this paper on Monday, speaks to this.

It is the lack of support shown in the political and economic choices of successive Governments – and those who vote for them – to vulnerable families that poses the greatest risk to vulnerable children. Not Tusla.

1 Coronavirus: A further 123 cases reported in meat processing plants over past week
2 Luke ‘Ming’ Flanagan bares his bottom half to European Parliament
3 Barack Obama urges those protesting in US to seize the momentum
4 Miriam Lord: Michael Ring came to praise his department, not bury it
5 Mother of three (41) who had to fundraise for her own cancer treatment has died
Real news has value SUBSCRIBE