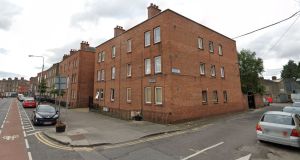 Cabhru requires the title of council-owned lands on Berkeley Road near the Mater hospital for the long-planned redevelopment of one of its senior citizens housing complexes, James McSweeney House (above). File photograph: Google Street View

The activities of one of Dublin’s most prominent senior citizens housing organisations have come under scrutiny following the resignation of its chief executive.

Dublin City Council has initiated an investigation into the activities of Cabhru Housing Association Services, which was until recently known as the Catholic Housing Aid Society (Chas).

The council said it would not go ahead next month with the planned transfer of lands to the organisation. Cabhru requires the title of council-owned lands on Berkeley Street near the Mater hospital for the long-planned redevelopment of one of its senior citizens housing complexes, James McSweeney House.

The council’s head of housing, Brendan Kenny, said an investigation was under way into “certain claims” made against the recently resigned chief executive of Cabhru, Miceal McGovern, and into the running of the organisation.

It was too early to determine if council land would be transferred to the organisation at a future date, Mr Kenny said.

The board of Cabhru said it was also conducting a “thorough investigation” into the issues raised and was preparing a report for the Charities Regulator. The council and Cabhru both said they were not in a position to outline the allegations made against Mr McGovern pending the outcome of their investigations.

Mr McGovern, who joined the organisation in 2016, resigned on February 14th. When contacted by The Irish Times he said he had been asked not to speak about the matter.