Child and two men, both in 40s, killed in three different road incidents over weekend 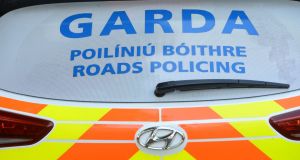 An 11-year-old boy who was seriously injured in a crash in Co Donegal on Friday evening died in hospital in Belfast on Sunday evening.

The child was struck by a van shortly after 5.30pm at Slavery Road in Buncrana. The victim was with a friend when he was struck by the van being driven by a local man.

He was treated at the scene by emergency services personnel and removed by ambulance to Altnagelvin Hospital in Co Derry but was later been transferred to the Royal Victoria Hospital in Belfast where he died on Sunday.

Gardaí have appealed for anybody who was in the area and who may have witnessed anything to come forward. Anyone with information is asked to contact Buncrana Garda Station on 074 932 0540, the Garda Confidential Line on 1800 666 111 or any Garda Station.

Separately on Sunday evening a man in his 40s died in a single vehicle crash in Co Wicklow.

The incident happened on the L2166 near Glenealy Village at around 7.50pm . Gardaí believe the car the man was driving hit a ditch. Gardaí and emergency services attended the scene.

Gardaí are appealing to anyone who may have information about crash, particularly any road users with camera footage, to contact Ashford Garda Station on 0404-49220, the Garda Confidential Line or any Garda station.

Another man in his 40s was killed when the van he was driving hit with a tree between Goresbridge and Bagenalstown in Co Kilkenny in the early hours of Saturday morning. He was critically injured during the incident and was later pronounced dead at St Luke’s Hospital.

Gardaí are appealing to anyone who may have information, particularly any road users with camera footage who were travelling the R705 road between Goresbridge and Bagenalstown between midnight and 1.00am on Saturday to contact Thomastown Garda Station on 056 775 4150, the Garda Confidential Line or any Garda station.