Hiqa identifies incidence of solitary confinement and ‘non-compliance’ at Oberstown 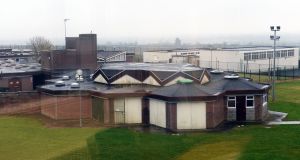 Hiqa inspectors said that despite their concerns, Oberstown was now in a more “positive place” than it was last year. Photograph: Eric Luke/The Irish Times.

A child in the Oberstown youth detention facility had to wait several weeks for an X-ray on a suspected wrist injury because he was deemed a security risk, the Oireachtas Committee on Children’s Affairs has heard.

The incident was detailed by inspectors of the facility on Tuesday who also found several other areas of serious concern including the holding of one child in solitary confinement with no access to fresh air for eight straight days.

Other concerns included the unsafe storage of medicines at the facility and an incident where a child had to wait for 19 hours for medical treatment despite the recommendations of a nurse.

Inspectors from the Health Information and Quality Authority (Hiqa) told the committee that despite identifying areas of “major non-compliance”, it has no powers to enforce changes to the regime at Oberstown.

Chief Insp Mary Dunnion said the Health Information and Quality Authority (Hiqa) only has a monitoring role in the area of child detention.

She outlined several concerns about the practice of “single separation”, which involves separating children from others and locking them in a room. During this period they only have interactions with staff members and have limited exercise time. They also do not attend school.

Hiqa inspector manager Eva Boyle said single separation involves the deprivation of “basic human rights” like fresh air and reading material and it should only be used for the shortest possible period of time.

“For example, in the case of two children, there was no evidence of the authorisation or review – for four out of six days for one child, and for three out of seven days for the other – of the time these children spent in single separation.”

Ms Boyle said one child was placed in single separation for nine days and was not given access to fresh air for eight of those days. He was returned to single separation shortly afterwards for several more days, she said.

The inspectors agreed with Fianna Fáil TD Anne Rabbitte who said “there has to be accountability” for managers who authorised this.

He said he saw a fire escape blocked up by a large piece of wood because “its security had been compromised” and locking systems which seemed more appropriate for domestic houses rather than a child detention facility.

The Hiqa inspectors said that despite their concerns, Oberstown was now in a more “positive place” than it was last year.