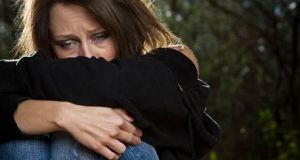 From January, people living on the islands will receive special training in suicide prevention under an internationally recognised programme to help them spot a drift towards suicide in a neighbour or a friend. File photograph: Getty Images

Ireland’s islands are remote places, but the communities that live on them are ones where neighbour helps neighbour.

Even in these close-knit communities, however, the shadows caused by depression and suicide can leave their mark.

From January, people living on the islands will receive special training in suicide prevention under an internationally recognised programme to help them spot a drift towards suicide in a neighbour or a friend.

The programme will start in West Cork. Two island-based community workers have been trained to deliver the Canadian safeTALK Living Works programme, which teaches members of communities to become more suicide-alert.

“The programme is already being offered in rural communities through the HSE, and the islands are as important as the mainland in terms of offering services like this. In fact, because their communities are smaller, islanders are often more supportive of each other by the very fact that they are on the island,” said one person closely associated with the programme.

SafeTALK has been used in over 20 countries around the world, using instructors and more than 200 specially produced videos

It is expected the facilitators will initially work their way around island communities off the Cork coast before offering safeTALK on other islands over coming years.

Ms Moran and Mr Walsh spent several days learning about the Canadian programme this October and November. Since it began in 2006, safeTALK has been used in over 20 countries around the world, using instructors and more than 200 specially produced videos.

In delivering safeTALK to island residents over the age of 18, the pair will work closely with Cork Health Service Executive suicide resource officer Helena Cogan, one of 21 such officers around the country.

“As part of our training, we learned to become suicide-alert by recognising the signs that somebody is considering taking their own life,” Aisling Moran told The Irish Times.

“The programme teaches you how to deal with someone in that situation, what questions to ask them, and how to keep them safe the present moment. We have learned how to pass these skills on.

“Suicide does not discriminate – it can touch any person or any family and its effects can be devastating,” she added.

“This course offers valuable skills that we can bring to communities off our coast – skills which someday might save a life.”

The basis of the programme, Mr Walsh explained, was that most people who experienced thoughts of suicide did not want to die, but were struggling with the pain in their lives.

“Suicide is a significant issue in rural Ireland, and islanders don’t always have the same access to mental health services as people living on the mainland,” said Mr Walsh.

“We will be offering this course to communities off the coast of Ireland over the next few years. Basically we will be training people in suicide-alert skills.”

The number of suicides in the Republic of Ireland rose to 554 in 2011, a sharp jump of 59 on the previous year.