People will need to get used to a ‘simpler life’ because of Covid-19, says prominent medic 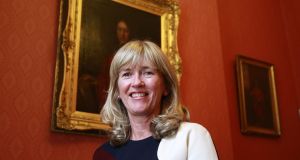 Irish people will have to get used to a return to the the situation in the 1970s and 1980s when few people went abroad, Professor Mary Horgan told the McGill Summer school. File photograph: Nick Bradshaw/ The Irish Times

Irish people will have to get used to a return to the the situation in the 1970s and 1980s when few people went abroad, Professor Mary Horgan has said.

Prof Horgan, president of the Royal College of Physicians, said people should plan for a “simpler life” with less foreign travel and more holidays at home.

Speaking on Thursday, she also cast doubt on whether the Electric Picnic music festival can go ahead next year and sporting events will have to be held with fewer spectators.

“We need to compromise for the sake of our younger generation,”she told the MacGill Summer School which is being held online this year.

When asked by Professor Luke O’Neill how the country will look next summer, she confidently predicted there will be a vaccine, but the Government need to prepare now to roll it out.

Prof Horgan, who is a consultant at Cork University Hospital, said numbers entering the hospital system have levelled off as a result of the previous Level 3 restrictions.

The situation is very different to how it was in the spring, she stressed, as doctors know better how to treat the virus.

She is now back treating Covid-19 patients on the wards in Cork University Hospital which had to put on extra ICU capacity last week.

Inside Politics · The decisions that led us into Level 5

“It is not all doom and gloom. What has changed? My ability to treat patients is better. The use of steroid has made a huge difference in getting patients better. My hope is that the Level 3 restrictions have had an impact already.”

When asked if she was worried, she responded: “No I am not worried. I always use the word caution rather than the word fear when it comes to this.

“We are in a lot better place that we were. What I am worried is about the impact on other aspects of our health service.”

She also highlighted mental health and isolation and said she recently spoke to one patient who had not talked to another person since August.

Infectious disease specialist Prof Sam McConkey said the Level 5 restrictions are necessary to avoid a situation where we could have between 10 and 20 deaths a day which would be the equivalent death toll over time of 9/11 or the Northern Ireland Troubles.

He said the number of contact tracers needs to increase to beyond 1,000 as it takes each contact tracer a day to find the close contacts of one infected person.

Prof Horgan and Prof McConkey were taking part in a three-way webinar as part of the MacGill Summer School with Prof O’Neill chairing proceedings.

All three doctors agreed that Covid-19 will eventually become an endemic disease and will have to be managed carefully in the future.

Prof O’Neill said predicting the future with Covid-19 is “like predicting rainfall in the middle of a hurricane”.

He said the most important thing is to keep the country together through the next six weeks.

“If we have a strong plan and strong messaging from the Government, the viral count will be down and let’s try and keep it down until we get a vaccine or therapeutics.”

Also speaking at the same summer school, Mary Robinson said Covid-19 had exacerbated the existing inequalities in the world but had also brought home that “business as usual” is not leading to a “safe and liveable world for our children and grandchildren”.

Giving the annual John Hume lecture, the former president of Ireland said governments need to borrow smartly to cope with the changes of climate change in the same way that it borrowed billions to keep the State afloat during Covid-19.