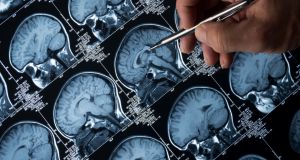 Of 273 patients who required a CT brain scan in 2018, 48 per cent got one within an hour. Photograph: iStock

Thousands of people suffer major trauma each year as a result of often preventable falls and other incidents at home, according to a new report.

Despite some improvements in ensuring trauma patients get treatment early, in the right place, the system remains “sub-optimal”, according to the 2018 Major Trauma Audit report.

It shows 58 per cent of all major trauma is sustained from low falls (less than 2m), and 78 per cent of these happen in the home.

“When it comes to major trauma, walking in the front door of your home can be more dangerous than walking out of your front door – the majority of injuries are being caused by falls at home,” says Dr Conor Deasy, clinical lead for the audit. “These are often preventable with many of the risks being in our control.”

One in five patients who sustained trauma were brought to one hospital but then transferred to another for ongoing care, often because the required services were not on site.

Although this represents an improvement on the 27 per cent transfer rate recorded in 2017, it still shows that large number of patients are not receiving initial care in the most appropriate setting, resulting in their care being interrupted and longer recovery times.

Only 59 per cent of major trauma patients are discharged directly home following their time in hospital.

Dr Deasy says the findings show the system of trauma care in Ireland is “sub-optimal” and an integrated system is needed, as proposed in a Department of Health report published in 2018.

“We look forward to the imminent implementation of the recommendations of the report and the realisation of the benefits that such an integrated system for the management of trauma patients has been shown to produce in other countries in terms of lives saved and disability reduced.’’

Of 273 patients who required a CT brain scan in 2018, 48 per cent got one within an hour. This represents a seven percentage point improvement on 2017.

The report, to be published by the National Office of Clinical Audit on Wednesday, is based on data from 5,429 patients across 26 trauma receiving hospitals, or 88 per cent of all major trauma patients in 2018.

The audit shows almost half of major trauma occurs in over 65-year-olds. Such older patients have more complex needs but do not receive the same level of response as younger patients with the same severity of injury and have considerably worse outcomes.

The Royal College of Surgeons in Ireland (RCSI) has called on the next government to ensure the appropriate resourcing of trauma care across the country.

“The best outcomes in trauma cases are achieved when patients receive the right treatment in the right place by experienced trauma teams as rapidly as possible. The current lack of resources and fragmentation of trauma care in Ireland is limiting what we know to be the application of best practice in trauma management.”

1 Transmission of Covid-19 on flight into Ireland linked to 59 infections
2 Covid-19: Range of key indicators on spread of disease starting to ‘level off’
3 Two hundred Irish retailers for all your online Christmas shopping
4 Illegal to sell PPE as an excuse to keep businesses open says Varadkar
5 Garda inquiry into video appearing to show crowded shebeen
Real news has value SUBSCRIBE