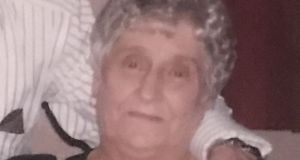 Annie Farrell: ‘She had everything to live and love for’ 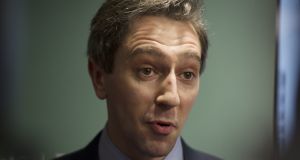 Up to 12 women suffered delayed diagnosis of their cancers at Letterkenny University Hospital, it has been claimed, as a review of its gynaecological services gets under way.

The review was ordered by the HSE last autumn after a number of cases of alleged missed cancers at the unit were revealed. Now the whistleblower who sparked the investigation says she knows of at least 10 further cases.

Donegal-born doctor Margaret MacMahon, whose late sister Carol’s endometrial cancer was missed for two years, says she has been contacted by a number of families who are alleging sub-standard gynaecological care at the hospital.

Dr MacMahon has called on the review to ensure all these cases are examined, while some of the families involved have written to the review team seeking formal investigations.

“This is about recurrent major incidents, including totally avoidable deaths, in a peripheral unit that has not been managed or monitored appropriately,” Dr MacMahon says.

A geriatrician based in Bristol, Dr MacMahon claims she told the hospital and the Saolta hospital group (of which Letterkenny is a member) when seeking information about her sister’s death that a problem existed, “but I was obstructed at every point.”

Saolta admitted in a report on Carol MacMahon’s death there was a delay in diagnosing her endometrial cancer due to “a series of failings”.

Dissatisfied with the response of the hospital and the hospital group to her sister’s death, Dr MacMahon took her concerns to Minister for Health Simon Harris and HSE management, which ultimately ordered an independent review.

After the details of her sister’s case became public last year, a second Donegal family came forward to say their mother’s cancer had been missed, after which the HSE agreed to set up the review.

Edel Peoples, from Convoy, said her mother, Philomena, was diagnosed with stage four cancer 18 months after first presenting to the hospital.

Last month, another local woman alleged to the Donegal News her cancer had been missed. Margaret Doherty, from Stranorlar, said she was only told about her cancer three years after initial tests were carried out and by that stage it had spread to her back and kidneys.

Last week, the family of the late Annie Farrell, from Buncrana, formally requested an investigation of her case. Ms Farrell’s cancer was missed despite regular visits to the clinic, her daughter Emily McClelland alleges.

Dr MacMahon says if lessons had been learned from earlier deaths, “later tragedies could have been avoided.” Families had told her they had been reluctant to complain “because we only have one hospital” and they did not want to be identified as “troublemakers”.

Saolta told The Irish Times in December the “clinical service review” may make recommendations to improve the quality and safety of gynaecological services in the hospital. The members of the review team are consultant obstetrician John Price, retired nursing director Ann Kelly and HSE official Gareth Clifford.

Questions about the current status of the review, and in relation to the group of missed cancers alleged by Dr MacMahon and individual families, had not been responded to by Monday evening. It is not the practice of the HSE to comment on individual patient cases.

Dr MacMahon says the HSE needs to convene an open forum “as a gesture of goodwill” when the review is complete and the recommendations are known. “Families and patients affected by this need to be invited. Apologies will need to be made. Keeping the results behind closed doors is not going to work and will backfire.”

The family of Annie Farrell, from Buncrana, is the latest to go public in Co Donegal with their concerns about the care provided at Letterkenny University Hospital.

Mrs Farrell’s daughter Emily McClelland wrote last week to the Minister for Health, Simon Harris, seeking a formal investigation into their mother’s death in 2010, which they believe was due to a delayed cancer diagnosis.

Mrs Farrell was admitted to the hospital in November 2008 after suffering bleeding, and underwent extensive tests. She had had cancer of the uterus 31 years before, for which she was successfully treated.

The family say she was told there was nothing seriously wrong, and that a thickening of the lining of her womb was a side-effect of the previous treatment.

“The bleeding continued and she was not given a management plan, any solution and was never offered a hysterectomy despite ongoing symptoms,” her daughter says.

“Mam was a worrier. She was saying, ‘There’s something wrong. I think the disease is back.’”

However, the tests were clear and “we thought we were being stupid”, Ms McClelland recalls.

However, in June 2009, Mrs Farrell’s GP referred her for an MRI, which showed that she had advanced cancer of the womb.

She died in 2010, still in her 60s, and her husband, who had health issues, deteriorated and died shortly after.

“She had a miserable time with blocked kidneys, chemotherapy and a slow death from a condition that should have been treated and sorted,” according to Ms McClelland. “She had everything to live and love for.”

She says the family always felt uneasy about the manner in which their mother died, but it was only when they read about concerns in relation to the hospital raised by other families that they decided to seek answers.

“Our mother never got an apology for the lack of care and management she received when she needed it the most. We as a family did not get any answers or explanations for her late diagnosis. Absolutely nobody offered any meetings or discussions, nothing.”