First signs of cancer can be spotted decades before diagnosis, study finds 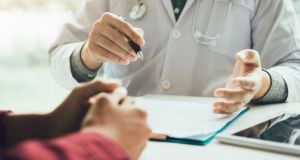 Researchers believe their findings could open the doors to quicker and more effective methods of cancer diagnosis and treatment.

The first signs of cancer can appear years if not decades before diagnosis, scientists have said, raising hopes for new tests that would help detect the disease much earlier.

One of the biggest international studies into the causes of cancer has found genetic mutations that drive the disease begin to occur long before any other signs begin to surface.

Researchers believe their findings could open the doors to quicker and more effective methods of cancer diagnosis and treatment.

Clemency Jolly, from the Francis Crick Institute and one of the researchers involved in the research, said: “What’s extraordinary is how some of the genetic changes appear to have occurred many years before diagnosis, long before any other signs that a cancer may develop, and perhaps even in apparently normal tissue.”

Dr Lincoln Stein, from the Ontario Institute for Cancer Research in Canada, who was also involved in the research, said: “With the knowledge we have gained about the origins and evolution of tumours, we can develop new tools and therapies to detect cancer earlier, develop more targeted therapies and treat patients more successfully.”

Around 40,000 new cancer cases are diagnosed in Ireland every year, , with the disease causing 0ver 9,000 deaths annually.

An international team of researchers, looked at the genetic material, or genome, of tumours.

Their work, as part of the global Pan-Cancer Analysis of Whole Genomes project, involved creating the most comprehensive map on whole cancer genomes to date.

The team analysed and sequenced nearly 2,700 whole genomes of cancer samples and mapped mutations in 38 different types of tumours.

While human cells undergo billions of mutations, only a small number of them, called driver mutations, give rise to cancer.

The researchers looked at how many times a single change, or driver mutation, had been replicated and copied across chromosomes.

Using what they describe as a “carbon dating method”, they were able to determine the order in which the mutations happened and the relative timing between them.

The team found that these mutations occurred “particularly early” in ovarian cancer as well as two types of brain tumours, glioblastoma and medulloblastoma.

Dr Peter Van Loo, from the Francis Crick Institute and one of the researchers involved in the Pan-Cancer project, said: “We’ve developed the first timelines of genetic mutations across the spectrum of cancer types.

“For more than 30 cancers, we now know what specific genetic changes are likely to happen, and when these are likely to take place.

“Unlocking these patterns means it should now be possible to develop new diagnostic tests, that pick up signs of cancer much earlier.”

Researchers from the Wellcome Sanger Institute, the Francis Crick Institute, the European Bioinformatics Institute, and the universities of Oxford, Glasgow and East Anglia were part of the project involving 1,300 scientists and clinicians from 37 countries.

“Finding ways to turn research like this into tests we can use in the clinic, could revolutionise when and how we diagnose cancer in the future.” –PA