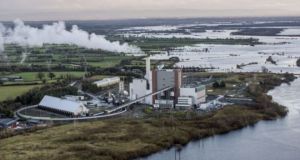 The trade union Siptu has warned more than 1,000 peat-industry jobs could be lost in six months due to recent decisions by Bord na Móna and ESB.

The warning comes after an ESB power plant in Co Offaly was refused permission on Tuesday by An Bord Pleanála to redevelop to burn biomass rather than peat.

Siptu organiser Willie Noone accused Minister for the Environment Richard Burton, the ESB and Bord na Móna of “fiddling while Rome burns”.

“As they’re consulting and considering nothing is going to be burning shortly. Something needs to be done shortly,” he told RTÉ radio’s Morning Ireland.

The group of unions representing Bord na Móna workers is seeking a meeting with the company on Friday following the annual general meeting on Wednesday.

The company does not appear to know what it’s going to do, so the unions would prefer to wait “so they can get their heads together” and then talk on Friday, Mr Noone said.

The official added he hoped that Bord na Móna will appeal the decision by An Bord Pleanála to refuse permission for the ESB power plant in Shannonbridge, Co Offaly.

The power station had sought permission to continue to burn peat past a December 2020 deadline until 2027 while it transitioned to rely on biomass fuel.

However, he said that the union would concur with some of the points made by An Bord Pleanála in its decision.

“We believe Bord na Móna could have made a better effort, along with the ESB, in showing more clarity where the biomass was coming from, what was put in place to have a consistent supply of sustainable biomass into the future.

“Quite clearly it is time for the Government to intervene, and quite clearly it’s time for Richard Bruton to step up to the plate. He has made a number of announcements in the last 12 months, none of which has actually happened,” Mr Noone said.

“For example on 25 October last he said that the company would be consulting with the representatives about the terms of redundancy packages and a programme for the future – that never actually happened.

“Workers are going to be on social welfare, they’re going to be impoverished. In the worst case scenario, there’s still plenty of work available even if power stations close down.

“Because there’s thousands and thousands of hectares of bog that work has to be done on them to comply with legislative obligations. There’s plenty of work there for workers,” Mr Noone said.