Analysis: Why are we so poor at learning Irish? 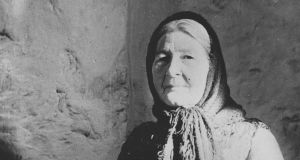 Imagine you spent more than a decade learning a language only to find you struggle to string a coherent sentence together?

It’s familiar territory for many of us who have tussled with the modh coinníollach or slogged our way through Peig.

Irish has always been a challenge in school - and a new report indicates that not much has changed in recent times.

In a report on teaching standards, Department of Education inspectors have raised concerns over the quality of Irish teaching at both primary and secondary level.

The findings are contained in a chief inspector’s report, which summarises inspection findings from nearly 5,000 school inspections between 2013 and 2016.

At primary level, it found the quality of learning in Irish was “unsatisfactory” in just over one-in-four lessons. In fact, children’s outcomes have deteriorated since the last inspector’s report in 2013.

“A significant cohort of children are not making appropriate progress in Irish,” the report states. “Significant change is required in terms of the learning experiences provided to pupils if improvement in outcomes in Irish is to be achieved.”

At second level, it found challenges persisted although the quality of students’ learning in Irish showed some improvement since the last inspector’s report in 2013.

In just over one-in-five lessons, learning was less than satisfactory.

When these findings are broken down, the findings show stark evidence that teachers are not using approaches which encourage children to learn from and with each other.

Communication skills are key to effective learning. Yet, pupils were allowed to work collaboratively in only half of the lessons inspected.

Pupils also had fewer opportunities to learn through talk and discussion in Irish lessons compared to others.

Given these approaches, is it any wonder Irish remains among the least liked subjects in schools?

If anything, the report may give more ammunition for those who campaign against compulsory Irish on the basis that it does more harm than good.

The report, however, charts a way forward. It points to the need for a stronger focus on planning for meaningful and active participation of pupils in the learning process.

This should involve more communication opportunities and use of different lesson content to meet the varying abilities of pupils as key to boosting teaching and learning.

It also found the potential of technology, or ICT, to enable “enriched learning experiences” and  help engage students.

Improvements in maths in recent years should give cause for optimism that we can make progress.

The inspector’s report shows the quality of learning in maths has improved significantly since the last report in 2013.

The fact that there is a new language curriculum - which includes Irish - at primary level, along with a recently-launched campaign to train-up all primary teachers, give grounds for cautious optimism.

There are also efforts underway to attract skilled Irish teachers to second-level, which remains a major issue for many secondary schools.

How successful these measures will be remains to be seen - but at least some key building blocks are in place that have the potential to boost teaching practices and outcomes for a new generation of Irish students.