IT Carlow to ban smoking from main outdoor areas 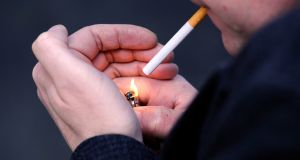 The Institute of Technology Carlow has announced it is to ban on-campus smoking from all of the main outdoor areas later this month.

Smoking is to be restricted to three designated smoking shelters at locations across the campus to create a “smoke-free environment” around the main buildings.

The initiative “Smoke Less Campus” will be implemented from Valentine’s Day, February 14th, and follows a survey of more than 1,300 students and staff on the idea of introducing a smoke-free campus.

More than 44 per cent of respondents were in favour of a smoke-free campus while 41 per cent supported the initiative with a request for designated smoking shelters on campus.

Under the policy, “smoking” includes the use of electronic cigarettes, cigars and pipes or other electronic nicotine delivery systems intended to simulate smoking.

Ash Ireland, an anti-tobacco advocacy organisation, said the initiative would assist in making “smoking uncommon among students and staff”.

“Institute of Technology Carlow can now become a smoke-free leader in the third-level sector and this will ultimately reduce smoking prevalence and save lives,” he said.

Lorna Fitzpatrick, IT Carlow Students’ Union president said: “We have worked in tandem with the institute to ensure there were new smoking shelters placed around the campus so that our students who smoke have areas to do so.

“We will be supporting students who do wish to quit and encourage anyone thinking of quitting smoking to talk to the nurse or ring the national quit helpline.”

Athlone Institute of Technology became the first third level institution in the State to completely ban tobacco products and e-cigarettes on its campus in 2015.