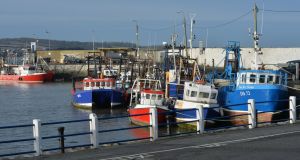 It’s grim up north? Not in this utterly charming seaside town. As one of the few coastal spots on the eastern side of the country that enjoys a sunset and views of five islands, Skerries has a prime slice of the outdoor life on offer to residents. Several sporting facilities are active in the area, including GAA, golf, rugby and hockey clubs. Sea views are enjoyed from several bars and restaurants, and the area has plenty of lovely seaside amenities on offer: coastal walks, boating sports, sailing clubs and the like.

The Skerries community is well established, with little in the way of antisocial behaviour, and there are plenty of family-sized homes on offer. The playground on the beach is popular with local families, and the grounds of Ardgillan Castle provide plenty of scenic walks. And, if golf is your thing, there’s an 18-hole championship course in the area.

Not to put too fine a point on it, but we are talking southside prices here. Castleknock, Malahide, Sutton and Howth aside, Skerries house prices are among the most expensive on the northside. Though the train is a godsend, getting to the city centre from a village 31km away can be a bit of a schlep on bus or road. And some residents have observed that the array of walking routes has a downside – despite the area winning time and time again in the Tidy Towns competition, dog waste is more common than it should be.

First-time buyers might want to take a look at the three-bed, two-bath at 25 Mourne View (€270,00, via Halligan O’Connor Property Consultants), located in a quiet cul-de-sac and opposite Réalt Na Mara national school.  https://iti.ms/2Sii8I0

Over at the mature Skerries Rock development, 12 The Vale is a good-sized four-bed, two-bath semi-detached home waiting for an owner to put their stamp on it (€395,000, via Kelly & Co). https://iti.ms/3bqDev3

At 1A Balbriggan Street lies this centrally located, A-rated five-bedroom newbuild with 186sq m of living space (€695,000, via Kelly & Co), that has just seen a price reduction. https://iti.ms/2vswuMD

Those with (much) deeper pockets might like the grandeur of the beachfront five-bed Greenvale on the South Strand, complete with original period features (€975,000, via Kelly & Co). https://iti.ms/2Szv1MB

On the rental market, family homes can be reasonably priced compared with other coastal towns in Dublin – expect to pay about €1,600-€1,800 for a three-bed property. New build apartments with all the usual bells and whistles are a little steeper; about €1,800 for a two-bed. At the time of going to press, a two-bed showstopper apartment on Harbour Road was available to let at €2,500 per month.

Joe Mays pub and Stoop Your Head (both on Harbour Road) are beloved of locals, while the Blue Bar and the Brick House (also both on Harbour Road) are fast picking up in popularity too. Closer to the village itself, Café Jacques (31 South Strand Street) and Di Vino (Church Street) are all worth trying. Skerries’ Gourmet Food Parlour (65 Church Street) serves up particularly good breakfasts.

Skerries is packed with long-standing residents who wouldn’t dream of living anywhere else, and a new influx of young professional families lured by the quick-ish train into town. MyHome.ie research puts the age breakdown in Skerries as follows: 27 per cent are under 16; 22 per cent are aged 16-34; 25 per cent fall into the 35-49 bracket; 16 per cent are aged between 50 and 64; and 10 per cent are over 65.

Incredible, in a word. Apart from the many outdoor amenities available, there are seven primary schools in Skerries (including Educate Together, Réalt Na Mara, Holmpatrick National School, and St Patrick’s Senior/Junior Catholic School), and many more in nearby areas. The main secondary school is the 900-place Skerries Community School (multidenominational, mixed), often considered one of the best in north Co Dublin. There are also plenty of Montessori schools and creches in the area, too.

“There’s absolutely nothing like Skerries beach in the summertime – it’s never as packed as Donabate or Portmarnock gets. In winter, it’s not so bad either, and you’ll find lots of friendly locals out walking their dogs. It’s the kind of town where everyone says hi to each other. I don’t mind that it’s a long drive into the city centre, as I have everything I need here. The harbour area is the perfect spot for a sundowner in the evenings, especially when it’s sunny. Best of all, the rest of the world hasn’t realised that yet.” – Jo Mannion, stay-at-home mum

Do you live in Blackrock, Co Dublin? If so, please tell us what it’s like to live there. Do you have a favourite place or a pet peeve in the neighbourhood? Email: homeanddesign@irishtimes.com