Weblog: What are the chances of success for Facebook ‘cryptocurrency’?

While Libra will be backed by Mastercard, PayPal and Visa, one expert is sceptical 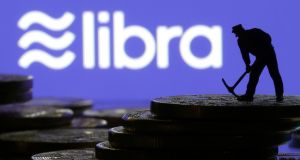 Dr Nicholas Weaver of the University of California, Berkeley, believes the cryptocurrency and blockchain space is “one big fraud”. Illustration: Dado Ruvic

Since Facebook announced plans for its own Internet of Money with the introduction of digital currency Libra by 2020, people have been queuing around the block(chain) to invest in cryptocurrencies. And the value of Bitcoin – and to a lesser extent, Ethereum and Litecoin – has soared over the last week.

But Libra has the stability of being backed by Mastercard, PayPal and Visa and it’s technically not a cryptocurrency because it is not decentralised and you won’t be able to mine it. But that doesn’t stop Facebook referring to it as a cryptocurrency several times in their White Paper. Is it now time to finally accept that this is the future of money?

Definitely not, says Dr Nicholas Weaver, security researcher at the University of California, Berkeley: “The entire cryptocurrency and blockchain space is effectively one big fraud. Cryptocurrencies are not fit for purpose unless you need censorship resistance, are fundamentally incompatible with modern finance, and are unfixable.”

Maybe he finds Libra to be more acceptable? No. The best-case scenario, he says, is failure to launch because the volatility of cryptocurrency values is what currently holds back cybercrime: a more stable digital currency could lead to “an inundation of new ransomware, extortion and online drug trade”.