Google to end Photos app and Drive link amid confusion

Weblog: Users’ images had been showing up in two locations when syncing to the cloud 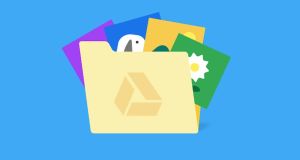 Smartphone pictures that sync to the Google Photos app will no longer continue to sync with Google Drive.

Users of the Google Photos smartphone app will probably have noticed that automatically syncing to the cloud meant that their photos also showed up in a subfolder of Google Drive that was also named Google Photos. This, according to Google, was confusing users as it wasn’t clear if this was a duplicate folder or the same data residing in two locations.

Taking this feedback into account, Google has wisely decided to separate the services by July 10th. Smartphone pics that sync to the Photos app will no longer continue to sync with Drive, and vice versa: when you add images to your Drive subfolder they won’t appear in the Photos app on your phone.

This will not affect past photos: the Google Photos folder will remain in Drive but will not continue to back up your photos. However, a new Upload from Drive feature will be coming to Photos to allow for the manual addition of pics and video.

And in case this wasn’t confusing, you will still be able to use Backup and Sync on your Mac or PC to backup to both Photos and Drive at the same time. Oh, and although images are heading to two separate apps, they only count once towards your storage quota. It’s simple really.

1 I want to change my will quickly in case I fall ill. Do I need a lawyer?
2 EU finance ministers hold marathon talks to overcome eurobonds split
3 Coronavirus: Property rental in the jaws of the epidemic
4 Firms in row with Irish Distillers must provide €1m in security
5 Cold water poured on idea of ‘helicopter money’
Real news has value SUBSCRIBE