Weblog: You get three free books a month, but you don’t get to pick them or keep them 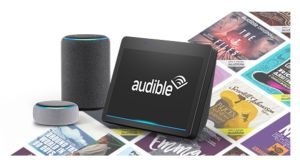 Audiobooks can be an expensive habit, so this offer means you don’t have to burn through your Audible account too quickly

For those of you who burn through your Audible credit in the first week, audiobooks can be an expensive habit. At £7.99 (roughly €9) per month, it’s nice to get a book worth anything up to forty quid, but more value can be had if you own an Alexa device. Amazon has a new offer that gives customers three free books per month.

Keep in mind these books can only be streamed via Alexa rather than downloaded for keeps. Secondly, you don’t get to pick the books. Amazon has already released the first batch, which can be streamed until June 30th; another three will come along in July.

The first choice is Charles Dickens’s David Copperfield, narrated by Richard Armitage. If you were to buy this 36½-hour-long novel it would normally set you back £37.49. The only problem is trying to squeeze in all those hours before the end of the month. Binge listen?

There’s also Kick Ass with Mel Robbins, a life coach who promises no-nonsense life and business advice. It’s under seven hours and could be polished off within the week if you’re a commuter (using the Alexa app on your phone). Otherwise you might enjoy Jane Austen’s Northanger Abbey, read by Emma Thompson amongst others.