Bitcoin is comparable to Las Vegas for CO2 emissions

Weblog: A new study shines a light on the cryptocurrency’s effect on the climate 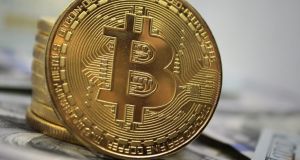 It is not surprising that Las Vegas, the shiny, electric gambling capital of the world, consumes a lot of power, thereby spewing about 22 megatons of CO2 emissions into the atmosphere on an annual basis. But it is startling that researchers in Germany have estimated Bitcoin to have a comparable carbon footprint.

Invented in 2009 by the mysterious Satoshi Nakamoto (who is probably not Craig Wright no matter how much he wants this to be the case), computing- and energy-intensive Bitcoin mining quadrupled in 2018 alone. Given this growth, researchers like Christian Stoll, who carried out this study, are concerned about its impact on climate change as it increases in popularity.

Stoll and his team estimated the annual electricity consumption of Bitcoin to be at 46TWh, in no small part thanks to largescale Bitcoin “farms” running in vast data centres that require cooling. They found that 68 per cent of the Bitcoin network computing power is in Asian countries, with 17 per cent in European countries and 15 per cent in North America.

“Naturally there are bigger factors contributing to climate change. However, the carbon footprint is big enough to make it worth discussing the possibility of regulating cryptocurrency mining in regions where power generation is especially carbon-intensive,” says Christian Stoll.

1 Revenue publishes list of companies tapping State for wage support
2 Trump vs Biden: Stakes are high for the Irish economy
3 Stripe moves payment processing to Dublin due to Brexit
4 107 jobs at risk as Broderick’s shareholder considers examinership
5 How long can Government afford to keep State pension age at 66?
Real news has value SUBSCRIBE