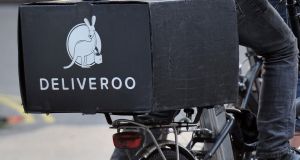 British prime minister Theresa May tried to wrest back control of the political agenda on Tuesday by reviving her pledge to introduce sweeping social reforms at the launch of a report on how to better protect workers in the “gig economy”.

Ms May wants to signal that it is business as usual for her government after an ill-judged election gamble damaged her authority and eliminated her Conservative majority in parliament, emboldening the main opposition Labour Party.

The review into employment practices, which she ordered after becoming prime minister a year ago, is viewed as a bid to show that her promise to help poorer Britons who are “just about managing” is more than just a slogan.

The review, compiled by chief executive of the Royal Society of Arts and former Tony Blair adviser Matthew Taylor, says many of those Britons working for companies such as taxi app Uber and takeaway food courier Deliveroo should receive more benefits such as the minimum wage.

Ms May said her government would consider the findings of the report, but stopped short of promising to implement it in full.

More and more people are working for apps in fast-growing sectors such as takeaway delivery and taxi services. While wanting the flexibility such work offers, some say they are left without the protections that traditional jobs offer.

The review recommended a new category of worker called a “dependent contractor”, and said there should be “genuine two-way flexibility”, giving workers additional protections. The report said low-paid workers should not be “stuck” at the living wage minimum, or face insecurity.

“Despite the impact of the National Living Wage and tax credits, there will always be people who are in work but finding it hard to make ends meet. Our social contract with those people should include dignity at work and the realistic scope to progress in the labour market.”

Mr Taylor set out seven “principles for fair and decent work”, including a goal of “good work for all”, additional protections for workers suffering unfair, one-sided flexibility, stronger incentives for firms to treat workers fairly, and a more proactive approach to workplace health.

Responding to the review, Uber said it would welcome greater clarity in the law, while Deliveroo said any attempt to limit job flexibility could undermine the gig economy and that any new measures should avoid restricting their ability to expand. – Reuters / PA