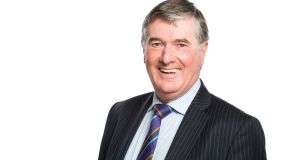 Trevor Annon: “Mount Charles is in a unique position in that it has always been a cash-positive organisation”

Trevor Annon is founder and chairman of Ireland’s largest indigenous food service and business support services provider. He established the group in 1988 after working for two of the leading multinational catering companies in the North.

Recognising that a gap existed for a locally owned contract caterer to compete and take a share of the work, Annon went into business, winning a number of lucrative contracts within a few months.

The Mount Charles Group was conceived as a contract catering company, but it has evolved to become a multi-service provider, now offering catering, cleaning, security, facilities management, events and beverage services and vending to clients from a range of industries.

What were the best and worst pieces of advice you received when starting out?
The worst piece of advice I received was not to establish Mount Charles. Had I taken this advice, the company, which now has an annual turnover of £35 million (€40 million), would not exist. The best piece of advice was to ensure there was sufficient management support being injected into the business to cope with the rapid growth in the company’s operations.

What is your greatest business achievement to date?
In 1993 we were awarded a five-year contract to provide catering services to the Royal Ulster Constabulary, one of the largest contracts in the UK. Three years later we were awarded a support services contract at Parliament Buildings in Belfast, the most prestigious contract in Northern Ireland. These two contracts placed us firmly in the local marketplace as a major player.

Describe your growth funding path:
Mount Charles is in a unique position in that it has always been a cash-positive organisation. This cash surplus has allowed us to invest in new projects without requiring significant borrowing. Future funding will continue to be generated by using cash surpluses or bank borrowing. Our positive cash flow also seen as placing the business as a strong operating entity with potential funders.

Where would you like your business to be in three years?
The three-year business plan taking us through to 2020 is based on us increasing revenues from the current of £35 million per annum to £50 million by 2020. This will be achieved by expanding into the Republic of Ireland and establishing a regional presence in Great Britain.

What is the hardest thing you have ever done in business?
The most difficult task I have had to do in business was terminating the employment of a senior colleague who was also a personal friend and godfather to one of my children. The business had two senior operational managers and within a restructuring process one of these posts would be redundant. I took the decision to terminate the employment of my colleague and friend.

What is the most common mistake you see entrepreneurs make?
There are two answers to this question. Firstly, entrepreneurs who expand their business at a rate faster than they are able to cope with it. Secondly, the number of entrepreneurs who do not invest in specialist management support at a rate proportionate to the increase in business.

What is the single most important piece of advice you would offer to a less experienced entrepreneur?
The most important task to do is to carry out intensive market research to ensure there is a demand for the proposed business. Allied to this is the need to set out a detailed business plan covering all areas such as product design, costings, selling price and detailed cash flow and financing requirements.