Mark FitzGerald to step down as CEO of Sherry FitzGerald 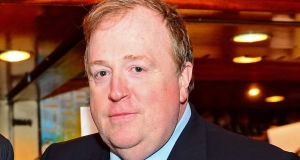 Mark FitzGerald will continue as the company’s non-executive chairman and a leading shareholder, with a 40 per cent stake. Photograph: Eric Luke

After more than 40 years in the estate agency business, Mark FitzGerald is stepping down as chief executive of Sherry FitzGerald, the country’s biggest agent.

He was a co-founder of the firm in 1982, leading it at just 25 years of age. It sold 40 houses in its first year of operation, a long way removed from today, when it sells about 7,000 homes a year and has a 15 per cent share of the market.

The move marks a generational shift within the business, with Mr FitzGerald, who will be 60 later this week, being succeeded on July 1st by chief financial officer Stephen McKenna (39).

Mr FitzGerald, a son of former taoiseach Garret FitzGerald, will continue as the company’s non-executive chairman and a leading shareholder, with a 40 per cent stake.

Mr FitzGerald said he planned to spend more time in the west of Ireland and will continues as a director of oil group Tedcastles.

He took Sherry FitzGerald to the stock market for four years before once again taking it private, and was instrumental in founding MyHome.ie, the leading property website now owned by The Irish Times Ltd. In more recent years he has expanded the Sherry FitzGerald brand through franchising, largely outside Dublin.

Mr FitzGerald became an estate agent on leaving school and recalls selling his first house on Emmet Road in Inchicore in 1975 for the equivalent of €8,000. “It was a three-bed terraced house,” he recalls. “An executor sale. There were no photographs of the house. It was a different world.”

His biggest achievement in 35 years was “probably survival” amid so many economic cycles, notably the property crash in late 2008.

“It was a truly awful time to try and run a business and to try and help people. We were more like general practitioners [with customers] than people selling property. We were fortunate to survive . . . we diversified.”