Co Tyrone waste recycling specialist has the Edge on rivals 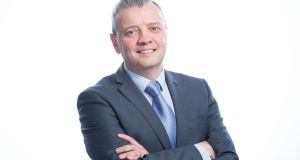 Darragh Curran of Edge Innovate “In three years’ time, I would like to see Edge becoming an established brand name in our current active markets”

Darragh Cullen was born and brought up in the small village of Edendork, Co Tyrone and still lives there.

Edge Innovate, the company he founded in Edendork in 2009, designs, manufactures and distributes a range of products used to help recycle waste. It also supplies products that allow a range of materials such as soil, stone, sand and coal to be transferred to other locations and stockpiled for future use.

“Many people advised us never to start a business in a recession but we had other ideas. Initially it was all about survival in an industry that had been decimated but continued growth year after year led us to quickly generate profits which have been reinvested to give us the ability to expand into new markets,” says Cullen.

I look at the following daily: the number and type of new orders received and completed despatches. With exporting being pivotal to success, I keep a keen eye on various exchange rates.

Lead time has always been an important element to customer satisfaction. For that reason I like to monitor real output compared to scheduled output. This allows for the quick identification of potential issues which then can then be quickly resolved.

What lightbulb moment prompted you to start up in business?

For me, there was no lightbulb moment. Edge is the result of having to adopt and change to economic conditions. Just before the millennium, my partner and I had a company called KMC Engineering which quickly became NI’s fastest-growing sub-contractor. The impact of the downturn on the capital equipment sector, however, meant we had to reinvent our business.

In three years’ time, I would like to see Edge becoming an established brand name in our current active markets along with successful penetration of emerging markets. I would like to see our market share increase to allow for an upturn of sales by 25 per cent. As we have already reached our target sales goal set out in our plan this year, we have now set a new target and would like to reach a figure of £25 million by 2020.

So far positive, with the impact of Brexit; the strength of the sterling has had an effect on exporting business such as ourselves. Over the year we have seen an increase in sales to the US and EU market due to the weak pound.

As of yet, I’m not sure how it will affect our business down the line as it will depend on the outcome of those negotiations. One thing is certain though: a period of intense planning will be required to navigate the new economic landscape that will result.

The hardest thing I have done for the business came during the height of the recession. Having to let so many of our workers go in 2008 was very difficult. Being from, and living in, the locality in which we pulled most of our workforce made this an even more difficult decision.

With regard to Northern Ireland itself, there is a huge need for the government to shrink the public sector and concentrate on the growth of private indigenous enterprise. Our public sector is far too fat and inefficient. It needs to be leaner and more agile.