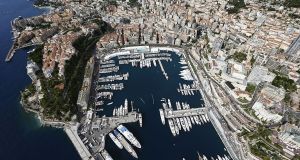 Lonsdale Capital, the UK private equity firm cofounded by Dublin-born Alan Dargan and Ross Finegan, is poised to float a superyacht painting and maintenance company, GYG, which it acquired control of 15 months ago.

The London-based firm plans to cut its interest in GYG from 59 per cent to 19.3 per cent as it places £21.5 million (€24.4 million) of shares and the yacht servicing group raises fresh capital as part of the initial public offering (IPO). GYG is expected to have an initial market capitalisation of £46.6 million when it lists on London’s junior stock exchange, AIM, on July 5th.

GYG, based in Mallorca, Spain, is a global leader in the provision of painting, maintenance and supply of spare parts for superyachts, with a 17 per cent of a market it calculates as worth €290 million in 2015 and set to expand to €393 million by the end of the decade. Lonsdale backed a management buyout of the firm in March last year in a deal reportedly worth €25 million.

Management in GYG, including chief executive Remy Millot and management director Rupert Savage, both former yacht captains, will continue to own 18 per cent of the company after the flotation.

“We’ve been able to turbo-charge the business over the past 15 months and the time is right for it to go public, because it helps the company get more business, give it a currency to make further acquisitions and incentivise staff and so forth,” Mr Dargan, who previously worked as an investment banker with Credit Suisse First Boston and Swiss Bank Corporation, now UBS, told The Irish Times.

Revenue at GYG came to €56.6 million in 2016, while adjusted earnings before interest, tax, depreciation and amortisation (Ebitda) amounted to €6.7 million, having grown 33 per cent last year. The company is active across the Mediterranean, Northern Europe and the US.

The company said its order book for refit and new build stood at €38.1 million as of the end of April.

Superyachts require a major survey service every five years to comply with certain class, maritime laws and insurance requirements. Owners also typically undertake an annual haul out and general maintenance. Owners often use the major servicing period as an opportunity for repainting the vessel, providing GYG with a source of repeat business, according to the company.