Pensions in the spotlight, climate clash at Davos and confusion at O’Flynn empire 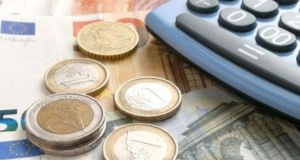 Measures put in place by the State ensure that retiring public servants are not affected by the pension gap.

Public servants have a safety net that means they will not be left in a financial limbo when the state pension age rises next year. As voters make pensions an election issue, one pensions expert says the situation which leaves private sector workers exposed is inequitable.

In the Swiss Alps, US President Donald Trump and Swedish environmental activist Greta Thunberg presented very different visions of the perils of climate change at the World Economic Forum in Davos. Joe Brennan was there. He also reports on events from the Davos fringe and the case presented by China for a future of greater openness.

Closer to home, Northern Ireland’s Executive is abandoning a campaign to press for a lower corporation tax rate to allow it compete better with the Republic for foreign direct investment. New Finance Minister, Sinn Féin’s Conor Murphy, says the price in terms of funds from London for public services is too high.

On a brighter note, Disney Plus is coming to Ireland sooner than expected and has now announced the price consumers will face for access to the service. Mark Paul has the details of the latest streaming service.

Minister for Finance Paschal Donohoe took time away from the campaign trail yesterday to attend Ecofin in Brussels. He fears corporate tax revenues will take a €2 billion hit on the back of changes looming through discussions within the OECD. But much attention at the meeting was on UK chancellor Sajid Javid as he attended his final gathering before Brexit. Patrick Smyth reports.

Sticking with the election, the campaign is now in full swing and auction politics are once again to the fore. Eoin Burke-Kennedy takes issue in his column with promises from Fianna Fáil of an SSIA type scheme to help first-time buyers save for a new home.

Speaking of property, developer Michael O’Flynn told the High Court yesterday that is was a mistake that one of his companies pursued permission to build student accommodation in Birmingham when it was under the control of Nama. The development should have been pursued by another group company with a very similar name. Barry O’Halloran was in court.

At least the news is good for premium car giant BMW’s Irish operation, which saw operating profit rise by 13 per cent to €3.6 million in 2018, despite a 7.7 per cent drop in its new car registrations and a 2.6 per cent decline in turnover. Michael McAleer has the details.

In Commercial Property, a five-acre site on Headford Road in Galway with potential for residential and student accommodation is on the market seeking bids of €3 million while 800 acres on the old Lisheen mine site close to the Tipperary / Kilkenny border is looking for €11 million.

Back in Dublin, buy to rent investors will be looking at a portfolio of 19 apartments in Sandymount which carry a guide price of €8 million.