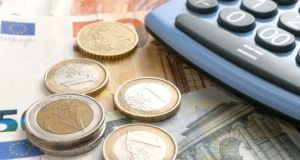 *A pensions consultant has highlighted the inequity in the pensions system which sees public sector workers who retire before the State pension age paid a supplementary government pension while private sector employees are not.

Tony Gilhawley of Technical Guidance said no similar provision is in place for private sector workers legally obliged to retire at 65 but unable to claim the State pension until a later date.

The supplementary pension paid by the government is equal to the value of the State pension they cannot access until they reach the new, higher state pension age.

“One sector of the workforce gets insulated from the increase in the State pension age at the taxpayer’s expense, but the other - the private sector - doesn’t.”

Pensions have become an unexpected general election issue, with politicians of all parties reporting anger on the doorstep canvas from people who are being denied the State pension and forced to sign on for lesser benefits after they are forced to retire.

The concern is that the issue will become particularly acute next year when the State pension age rises to 67.

The State pension age rises further to 68 in 2028. However, many private sector companies continue to force people to retire at 65.

Politicians have been scrambling to put in place measures to address what they have referred to as anomalies in the system – even though the issue was flagged as far back as 2016 in a inter-departmental report.

However, measures in place since 1995 mean that retiring public servants are not affected by the pension gap. Instead, where there is a shortfall in their state pension benefit, they are covered by a supplementary pension.

“Supplementary pension is available, on application, to retirees in order to make up the shortfall in pension for the period between date of retirement and the age of eligibility for State Pension (Contributory) where the non-payment of Social Welfare Benefits is through no fault of the retiree,” the explanatory note for public service retirees reads.

“So the State does not expect its own employees to ‘go without’ if they retire before their State pension age, but does currently expect the private sector to,” says Mr Gilhawley.

“They could increase the state pension age to 99 and it would be a matter of supreme indifference to public service employees. It has no impact on the public service.”

Anyone who joined the public service since April 1995 pays PRSI at the full rate as private sector workers do. That entitles them, among access to other welfare benefits, to a State pension.

When they retire, the State pension is integrated with their public service pension. Someone retiring at 65 this year with a full 40 years service on a salary of €70,000 is entitled to a pension equal to half their salary – €35,000.

However, as they are not yet 66, they do not qualify for the State pension. If they were in the private sector, this would leave them more than one-third short on their expected retirement income. But the Government makes a supplementary pension payment of the €12,956 per annum until they reach the retirement age.

1 Should AIB compensate me for upsetting letter on arrears?
2 Poll on second election, concerns over Irish pension gap, and Ireland’s rich list
3 Chris Johns: The Johnson administration will spend, and needs a quiet Treasury
4 Tax shifts won’t drive multinationals out of Ireland - Moody’s
5 How to turn racists’ genetic arguments against them
6 Irish economy to grow by 3.4% this year, predicts EY
7 The Irish man making his mark on California’s cannabis industry
8 Ten of the most mysterious aircraft disappearances
9 Clean energy’s dirty little secret on wind turbines
10 Belfast Harbour seeks to develop six new film and television studios
Real news has value SUBSCRIBE
Save money on international transfers