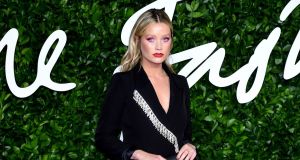 Irish broadcaster Laura Whitmore has just secured one of the most high profile presenting jobs in the UK after ITV2 announced she is to present the next series of Love Island. Photograph: Ian West/PA Wire

Accumulated profits at the media company owned by TV presenter Laura Whitmore topped the €1 million mark for the first time this year.

The Co Wicklow native has just secured one of the most high-profile presenting jobs in the UK after ITV2 announced she is to present the latest series of Love Island, to be shot in South Africa, after Caroline Flack’s late withdrawal.

However, the new accounts for Yer Wan Ltd show that even before ITV executives came calling, the 34 year old had carved out a very lucrative media career in the UK.

The revenues for the company – which employs one person – are not disclosed but a note states that revenues represent fees for TV and broadcasting services.

One of Ireland’s most successful broadcasters operating abroad, the DCU graduate has worked for Channel 4 and MTV in the UK and also presents a radio show on BBC Radio Five Live.