What will the 2020s bring in the world of media? 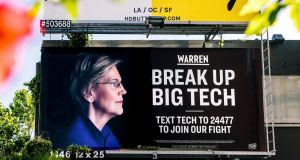 How will the media industry change over the next decade? Will it be the Stuck Twenties, the Bubbly Twenties or the Thank-You-Next Twenties?

Will mobiles remain in the ascendant? Will streaming video and music through paid subscriptions be even more central to the attention economy than they are today? Can augmented reality blur the boundaries between screens and the physical universe in a non-gimmicky way? What will our new preoccupations be? The answers to these questions will see new media empires created, while others wilt like poinsettias on St Stephen’s Day.

So much depends on what happens to the current kings of Silicon Valley, aka the FAANGs of Facebook, Amazon, Apple, Netflix and Google, and so much of what they do or don’t do will depend on both the attitude of democratic governments to their corporate power and the extent to which these companies are prepared to get into bed with non-democratic regimes in their quest for dominance. In some parts of the world, Facebook is synonymous with the internet; in others, the business of being online is tied to Google and the Android operating system it owns.

Last week, Facebook recorded a minor blip in its share price when the Wall Street Journal reported that the US Federal Trade Commission was mulling whether to go to court to stop Facebook’s plan to merge technology systems so users can communicate across Facebook Messenger, Instagram and WhatsApp, all of which Facebook owns. Whether it does or not is important because once these apps are integrated, it will make it harder to break up Facebook on antitrust grounds, and Democrat presidential candidate Elizabeth Warren is not the only person who thinks it should be.

It seems like Washington DC has belatedly become alive to the undesirability of unchecked Big Tech, though we may equally look back on such reports as little more than token throes of resistance before the FAANGs lock down their hold. Surveillance by Facebook and Google poses a “systemic threat to human rights”, Amnesty International warned in November. Expect to hear more on this theme in the 2020s.

On a slightly cheerier note, the decade that ushered in the era of video streaming – with this form of viewing overtaking linear television among younger age groups – has ended by bringing us the start of a potentially long-running franchise dubbed the “streaming wars”.

Can Disney+, Apple TV+ and other heavyweight newbies usurp established leader Netflix and dent the ambition of sports rights-amassing Amazon Prime Video? Will one or more of the on-demand players be rejected by subscription-overloaded viewers, or will the main collateral damage from the streaming wars be felt in the legacy broadcasting market?

It’s a painful cliffhanger for some, though one awkward thing is already evident: the further we progress into the 21st century, the more the concept of single-nation broadcasters comes across like a relic of the last one.

Imperfect public service organisations such as RTÉ and the BBC are valiantly trying to catch up with existing media consumption habits while being treated as political footballs. Commercial broadcasters can seem like they are only one flopped series of Love Island away from trouble. Netflix and other platforms merrily spending billions on content don’t carry advertising. If they suddenly decide to do so, some ad-starved media institutions will edge closer to the great archive in the sky.

While it feels wrong to contradict Bill Gates, wild overestimates of what might happen in a 10-year timescale have been known to slip through the publishing cracks. There’s a reason the Scottish indie band is called We Were Promised Jetpacks, not We Were Promised Air Pods. I’m still waiting for my self-changing duvet cover and solar-powered portable rain shield. Affordable teleportation remains the optimum solution to both the traffic in Dublin and the tedium of waiting for lifts in tall buildings.

By this standard of expectation, it’s difficult to get excited about any augmented reality or virtual reality the future might yield. So far, the best thing this technology has delivered is that highly relatable video of snooker genius Ronnie O’Sullivan falling over while playing VR pool. False dawns have afflicted VR so often, someone should really develop a sunrise-mimicking VR experience and call it False Dawn.

But when forward-looking cities do realign themselves to embrace autonomous vehicles and digital street infrastructure, the conditions will finally be right for a flourishing of augmented reality, where we see the “real” world, but it has been overlaid with virtual elements – not all of which will be chosen by us.

Screens? Where we’re going, we don’t need… wait, no, we’ll probably still need screens. Indeed, every vaguely flat surface may be turned into one.

As 2020 looms at us like the bus for a route that isn’t ours, the one certainty is that the attention economy is more fiercely competitive than ever. It’s impossible to prepare ourselves now for the questions Generation Alpha (yes, that’s the next one) will ask about the decade just passed. Grandma, why were people so keen to share everything about their lives in the olden days? Who exactly was this Alexa? So inside a newspaper, there would be other newspapers?

1 How well paid do you think you are? Here’s how to work it out
2 Life as a Facebook moderator: ‘People are awful. This is what my job has taught me’
3 Wall Street hammered on coronavirus fears while Dublin dips 4%
4 AIB to sell more than 500 ATMs to Brink’s
5 Wealthy investors’ legal challenge against Revenue fails
6 Public could face extra charge for electricity under green subsidy scheme
7 Flight attendent seeks High Court injunction against Aer Lingus
8 New 24-storey tower for Cork city approved despite council concerns
9 Accumulated profits at Marian Finucane firm exceeded €830,000
10 Former top Department of Finance official David Doyle dies aged 70
Real news has value SUBSCRIBE