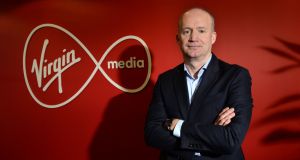 Staff at Virgin Media represented by the trade unions Unite and Siptu have voted to take industrial action over proposed redundancies.

A strike committee will meet next week to determine the nature and timing of any action.

Unite said on Monday that the vote in favour of industrial action followed attempts by the company to impose compulsory redundancies.

The union said that, in addition, the company was proposing redundancy terms that were inferior to those previously collectively agreed.

Unite said the company had so far failed to engage with unions to resolve the issues in dispute.

Unite regional officer Brendan Byrne said: “Our members are extremely disappointed not only at Virgin Media’s failure to engage with their employees’ representatives, but also at the company’s breaches of a collective agreement dating back to 2008.

“Management have unilaterally decided which workers are, and which workers are not, covered by collective bargaining. This is unacceptable to unions and our members. Resolution of this dispute is in the company’s hands, and unions remain available to talk.”

In response, Virgin Media said it had not yet received any notification from the unions. “We note the union statement regarding potential industrial action. We believe this threat by the unions is totally unwarranted, particularly when none of the recently-announced redundancies occurred within the collective bargaining group.

“The redundancy programme has now concluded and has resulted in 40 redundancies, which was significantly lower number than the original estimate of 65.”

Unite and Siptu represent more than 350 members in all grades of staff in Virgin Media across the whole of Ireland. The dispute involves call centre, technical, administration and sales staff.

1 NI house builder apologises to Harry and Meghan over adverts
2 Volvo warns of scaled back car line-up if UK splits from EU rules
3 Little strategic thinking in election manifestos of Fine Gael and Fianna Fáil
4 US threatens retaliation against EU over proposed carbon tax
5 Are there annual limits on inheritances or gifts to a child?
6 CPL founders Anne Heraty and Paul Carroll in line for €1m dividend payout
7 South Dublin Credit Union members urged to borrow more to ensure survival
8 Opioid executive admits to ‘no morals’ ahead of prison term
9 Who are Ireland’s 17 billionaires?
10 Farmer seeks to challenge €3.6bn Intel plan in High Court
Real news has value SUBSCRIBE