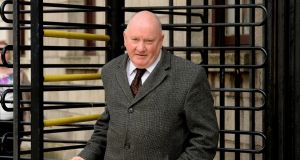 The National Union of Journalists has expressed “grave disappointment” at the broadcasting regulator’s decision not to investigate Communicorp Media’s ban on certain journalists appearing on its stations.

The NUJ said the failure to conduct an investigation “undermines faith” in the ability of the Broadcasting Authority of Ireland to carry out it statutory functions.

The decision was confirmed in a letter from BAI chief executive Michael O’Keeffe to NUJ Irish secretary Séamus Dooley.

The letter advises Mr Dooley that since Communicorp last week lifted its prohibition on journalists from online business publication the Currency from appearing on stations including Newstalk and Today FM, the BAI’s compliance committee “considered that the matter was now closed and no further action was required”.

A ban remains in place on Irish Times journalists appearing on stations belonging to the radio group, which is owned by billionaire Denis O’Brien. The Currency’s editor Ian Kehoe and chief executive Tom Lyons said last week that they would not be accepting offers to appear on Communicorp stations while this ban was maintained.

An email was originally sent to Communicorp staff last September advising producers that journalists from the Currency could not be invited on air as it was a “competitor platform”, while the ban on Irish Times journalists was put in place in October 2017 in the wake of a column by Fintan O’Toole that said Newstalk was “systematically sexist”.

“It beggars belief that Broadcasting Authority of Ireland would allow Communicorp off the hook after a clear admission by the company that a directive had been issued which banned certain journalists from being interviewed on stations owned by Communicorp,” said Mr Dooley.

“We believe that this decision should be revisited and that the treatment of Irish Times journalists by Communicorp should also be investigated.”

The NUJ also called on the BAI to “clarify its precise understanding” of editorial independence.