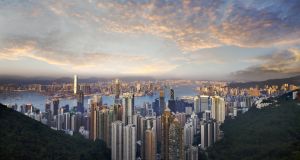 Hong Kong’s SFC said that between August, 2007 and July, 2018 Fidelity dealt in futures contracts without a “Type 2 licence”, relying on certain exemptions.

Hong Kong’s financial regulator has rebuked Fidelity for conducting about $40 billion (€35.8 billion) in futures trades over 11 years without the right licence and for not reporting the breach to authorities quickly enough.

The city’s Securities and Futures Commission fined the US asset manager HK$3.5 million (€403,478), pointing out that the misconduct was not deliberate, and adding that clients did not lose money as a result of the failure.

The SFC said that between August, 2007 and July, 2018 Fidelity dealt in futures contracts without a “Type 2 licence”, relying on certain exemptions.

Fidelity, which manages about $2.5 trillion worldwide, then found out when it conducted a licensing review in May, 2018 that there were incidences where the trades did not qualify for exemptions.

The Type 2 licence is used for dealing in futures contracts, oversees trading or broking and buying and selling contracts for clients.

The asset manager did not report the incident – which involved 6,738 trades for affiliated entities worth $39.7 billion – to the SFC until August later that year, “after it had obtained external legal advice on the matter”, according to the regulator.

These sorts of incidents must be reported immediately on discovery, the SFC said. The regulator also criticised Fidelity over paperwork mistakes the fund made in 2017.

“The SFC is of the view that [Fidelity] failed to . . . put in place satisfactory and effective systems and controls to ensure the accuracy of information submitted to the SFC,” the regulator said.

The company’s management said in a statement that it was “disappointed” by the incident and felt “regret” that it took place.

“We reported the licence issue to the SFC and we have co-operated fully with them during their investigation. We have taken all steps necessary to improve our internal controls,” the statement said.

The SFC has previously come down hard on international investment banks over due diligence failings.

This year the regulator hit UBS, Morgan Stanley, Bank of America Merrill Lynch and Standard Chartered with fines worth a total of about HK$786.7 million, and blocked UBS from sponsoring initial public offerings for a year.

The SFC’s decision was influenced by the fact that Fidelity approached them, no investors lost money and that the trades were not viewed as fraudulent.

The regulator said it took into account that the company had engaged an independent reviewer to look at its internal controls, that it co-operated with the regulator and that it had “an otherwise clean disciplinary record with the SFC”.

In 2012, a former fund manager at Fidelity in the US was banned from trading in Hong Kong for two years, and in 2011 the SFC criticised Fidelity over breaches of the takeovers code. – Copyright The Financial Times Limited 2019