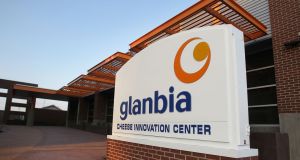 European shares fell on Tuesday for the first time in five sessions as UK prime minster Boris Johnson, buoyed by a landslide electoral victory last week, promised to enact legislation preventing a Brexit transition phase going beyond the end of 2020.

Sterling slumped as much as 1.5 per cent to $1.3127, giving up all of the gains made on Thursday and Friday after it became clear that the Conservative Party was heading for a big win.

Against the euro, the pound tumbled 1.6 per cent to within a whisker of 85p, having skyrocketed to a 3.5 year high of 82.78 pence last week.

The pan-European Stoxx index closed 0.7 per cent lower, with consumer goods giant Unilever standing out as a major individual decliner as it issued a profit warning.

The Iseq index lost 1.3 per cent to 7,122.61 with Brexit-sensitive banking stocks among the main fallers. Sentiment towards the sector was further dented as the Bank of England ordered banks to hold additional capital to protect their balance sheets against a sudden downturn.

Bucking the trend, Kerry Group moved 1.3 per cent higher to €111.10, recovering some of its losses from Monday after the food giant lost out on a nutrition and biosciences business being sold by DuPont.

British firms more exposed to the domestic economy took a hit as Mr Johnson’s hard line in talks with the European Union rekindled fears of a hard Brexit.

That pushed the midcap FTSE 250 down more than 1 per cent on its worst day in more than two months. The index had touched successive all-time highs in the last two sessions after Mr Johnson’s election victory.

However, the FTSE 100 eked out a 0.1 per cent gain, lifted by trade-sensitive stocks amid optimism around a proper agreement between China and the US – and as the index received a boost from a weaker sterling. Oil majors BP and Shell along with HSBC were the biggest boost.

Healthcare group NMC Health lost nearly a third of its value after feared US short-selling firm Muddy Waters disclosed it had taken a short position in the stock.

The steepest faller among midcaps was Senior, which makes parts for Boeing’s 737 Max jets, tumbling 11 per cent on its worst day in over three years after the US aircraft manufacturer’s decision to suspend production of the Max jets.

Unilever slumped almost 7 per cent drop, its steepest one-day decline in more than a decade, after cutting its 2019 sales growth view.

Austrian speciality steelmaker Voestalpine fell 2 per cent after it cut its full-year profit forecast and said it planned to lower its dividend payment.

Airbus rose 1.8 per cent as it benefited from rival Boeing’s woes.

US stocks hovered around record levels in early afternoon trading after a four-day rally, as investor confidence in the US economy was reinforced with upbeat manufacturing and housing data.

The S&P 500 was set to build on its 27 per cent gain this year, driven mainly by expectations of a US-China trade deal, a dovish Federal Reserve and upbeat economic indicators.

Data from the Federal Reserve showed manufacturing output rose more than expected in November, as the end of a strike at General Motors plants boosted auto production.

Netflix rose after the streaming service provider said its growth overseas is accelerating on the back of its Asia-Pacific business.

While there is no major economic news due this week, a historic vote in the US House of Representatives that is likely to result in the impeachment of President Donald Trump, poses another risk for investment decisions in the run-up to the 2020 election. – Additional reporting: Reuters