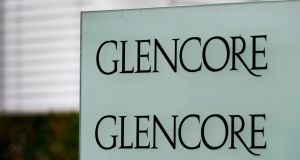 Glencore pledged to cap coal production as the world’s biggest exporter of the commodity responds to investor pressure for action on climate change.

In a major shift announced Wednesday, the Swiss commodity giant said it will limit output of thermal and metallurgical coal at around current guidance levels of 145 million metric tons a year. Glencore won’t carry out major acquisitions where doing so would add materially to total production, people familiar with the plans told Bloomberg earlier.

“To meet the growing needs of a lower carbon economy, Glencore aims to prioritise its capital investment to grow production of commodities essential to the energy and mobility transition and to limit its coal production capacity broadly to current levels,” the trader andcommodities producer said in a statement.

Glencore said its decision is part of a broader move to align its business with Paris climate targets and follows engagement with a network of investors with about $32 trillion (€28 trillion) under management called Climate Action 100+. It comes as fossil fuel producers face increasing pressure to step up efforts to reduce greenhouse gas emissions. BP said earlier this month it would support a call to align its business plans more closely with Paris goals.

“Showing the positive outcome of engagement, institutional investors have been able to align their long-term interests with Glencore’s aim to become a proponent of the energy transition,” George Cheveley, a portfolio manager at Investec Asset Management’s natural resources team, said in a statement. “As long-term investors, we look forward to monitoring this progress closely as it evolves.” Investec is a Climate Action 100+ signatory.

Backing away from coal

Financial institutions are increasingly backing away from coal as are trading companies. Japan’s Itochu last week announced the sale of its stake in the Rolleston mine in Australia, an asset operated by Glencore, citing efforts to combat climate change, and said it would assess the rest of its portfolio. Sojitz started selling assets in 2016, Mitsui said in October that it won’t make new deals in mining projects and Mitsubishi has exited the space.

Coal was Glencore’s biggest earning industrial unit in 2018, a year in which it bought major coal assets, including a $1.7 billion deal for mines in Australia from competitor Rio Tinto Group which has exited production of the commodity. Earlier last year, the producer also added a stake in other mines in the same country.

Total output from Glencore’s global operations rose 7 per cent to 129 million tons in 2018. The company is Australia’s biggest miner of thermal coal, producing almost 60 million tons of the fossil fuel for export markets including Asia. Output of thermal and metallurgical coal this year is expected to climb to 145 million tons after recent mine deals.

Under the plans announced Wednesday, Glencore will also develop long-term targets to reduce emissions, consider its memberships of industry groups with opposing views and report annually on progress to meet climate change objectives, according to the statement.

“Climate change brings both risk and opportunity for investors,” Anne Simpson, director of board governance and strategy at the California Public Employees’ Retirement System, with assets of about $349 billion as of January 18th, said in an emailed statement.