Up, up and away: Irish companies win contracts with space agency 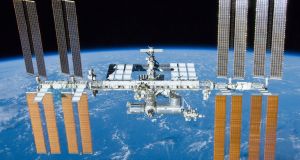 Almost a dozen Irish companies travelled to the European Space Research and Technology Centre in the Netherlands on Monday for an Enterprise Ireland trade mission.

Minister of State for Training, Skills and Innovation John Halligan said the visit would focus on “maximising business opportunities” for Irish companies with the European Space Agency.

The 11 Irish companies on the trip are seeking to maximise participation in European space programmes and the satellite communications market.

Enbio, Innalabs and Pilot Photonics are the Irish companies to have won contracts.

“This is part of an ongoing rapid expansion of Irish companies engaging with the European Space Agency to develop and qualify technologies for the growing space market,” said Mr Halligan.

“A number of these technologies are also successfully being commercialised in a range of non-space applications including healthcare, automotive and aerospace.”

Enbio won a contract worth €650,000 to develop and manufacture advanced surface coatings for Neosat, which is Europe’s next generation satellite platform for mid-size telecommunications missions.

The company’s new thermal coatings offer improvements in the performance of thermal management systems, allowing for more powerful satellites with greater bandwidth capacity. The company has grown from six people to its present size of 16.

Innalabs secured a €980,000 contract to develop a space qualified rate measurement unit that will be used for satellite attitude and orbit control subsystems in a range of future space missions as well as in the commercial space market.

Pilot Photonics’ contract is worth €335,000 and involves the development of laser communications sub-systems for use in a range of advanced communications satellite systems.

The company’s technology is a versatile laser system, known as an optical comb source, which can enable constellations of satellites to communicate at much higher speeds.

This is important for handling the large volumes of data that satellites gather and transmit for communication, earth science, agriculture, ocean and weather monitoring and transport logistics.

Pilot Photonics is a technology start-up based in Dublin which emerged as a spin-out from Dublin City University. The company’s laser technology was developed through publicly-funded research over a 10-year period.

The contract will help the company double its workforce to 10 people over the coming 12 months.

“Supporting our client companies to identify new markets for their products and services is part of Enterprise Ireland’s strategy to enable our clients to build scale and expand global reach,” he added.

“We are seeing significant growth in the sat-com sector in particular, mainly involving SMEs and start-ups, covering a diverse range of technologies, including optical communications to Internet of Things,” he said.

“We look forward to continued support from the European Space Agency to optimise the economic benefits of Ireland’s investment.”