New use for ‘innovation’ as prop for Trump agenda 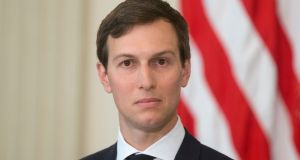 It is often observed that the word “innovation” has been so overused in recent years it has become all but meaningless. It long ago became a corporate buzzword denuded of specific meaning, a catch-all euphemism for doing things in a new way.

It need hardly be explained that while innovation is about finding new ways of doing things, not every new way of doing something is innovative.

Dediu and his mentor Clayton Christensen have often tried to combat the overuse of the words innovation and disruption, in an attempt to preserve the specific meaning that Christensen devised in his landmark book The Innovator’s Dilemma.

That attempt appears to be in vain, however – companies now routinely try to channel the spirit of Silicon Valley by describing the most banal new products or initiatives as “innovative” or “disruptive”.

In the larger scheme of things, such dilution of meaning isn’t all that harmful – what’s another piece of meaningless business jargon to add to the lexicon of corporate waffle?

But a recent instance of its misuse deserves particular attention, because it highlights the way innovation is now being used in a potentially much more corrosive way.

At the end of March, the Trump administration announced a bold initiative to overhaul the sclerotic US federal government – the White House Office of American Innovation, to be chaired by the seemingly multitalented presidential son-in-law Jared Kushner.

Kushner describes citizens as customers, but in fact they are much closer to shareholders – they are not buying a service, they are members of a society

The goal of the office, according to a report in the Washington Post, is to “overhaul the federal bureaucracy and fulfil key campaign promises – such as reforming care for veterans and fighting opioid addiction – by harvesting ideas from the business world and, potentially, privatising some government functions”.

That doesn’t sound so innovative, really, and the alarm bells should have been going off well before anyone described it as a “Swat team of strategic consultants”. Apparently, Bill Gates, Tim Cook and Elon Musk have already offered their insights to the Swat team.

Trump isn’t the first leader to add the word innovation to the name of a government department, of course – Canada, Australia and, yes, Ireland also have departments nominally dedicated to innovation. Indeed, we currently have two Ministers with innovation in their job titles – Mary Mitchell O’Connor and John Halligan are tasked with keeping Ireland at the cutting edge.

However, in these cases, innovation is being tacked on to add a veneer of modernity to the same government apparatus that has always overseen industrial policy. The rebranding is a swift, cheap way of giving the impression that the old departments of industry are all over the burgeoning technology sector.

In the case of the Kushner Office for American Innovation, however, the goal is far more pernicious. Discussing the new department, President Donald Trump told the Post: “I promised the American people I would produce results, and apply my ‘ahead of schedule, under budget’ mentality to the government.”

It is the logical conclusion of a sort of radical free-market ideology that sees a 'business' approach as the only solution to whatever problem faces society.

Kushner, for his part, echoed his father-in-law’s line: “The government should be run like a great American company. Our hope is that we can achieve successes and efficiencies for our customers, who are the citizens.”

Here we have the purest distillation of that persistent canard – that government must be run more like business. It is the logical conclusion of a sort of radical free-market ideology that sees a “business” approach as the only solution to whatever problem faces society. It is certainly not a new idea, with versions of it gaining popularity at various stages over the past few centuries, but its most ardent devotees seem resistant to all contrary evidence.

That’s not to say that government can’t learn anything from the world of business, but rather that the lessons are not universally transferable. Kushner describes citizens as customers, but in fact they are much closer to shareholders – they are not buying a service, they are members of a society. The incentives are completely different, and not easily reconciled.

Furthermore, the entire conceit is to ignore the pivotal role government has played in actual real-world innovation, from devising longitude to inventing the internet. The degree to which private-sector profit is built on public-sector innovation is often underappreciated, but must not be forgotten.

Above all, for the likes of Trump, Kushner and other corporate leaders who would have government mimic business, such an approach is really code for stripping back government altogether. It is not a coincidence that Trump adviser Stephen Bannon has called for the “deconstruction of the administrative state”. In this sense, the approach is more like that of a vulture fund, stripping assets and flogging divisions, rather than a Silicon Valley tech giant that builds value by innovating, in the true sense of the word.