How investing money can spur our creativity

The pursuit of delivering something new, better, faster or unique is built into us 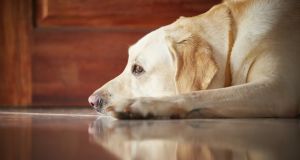 Even our pets are driven by incentivisation. It is all part of pack dynamics. Photograph: Getty Images/iStockphoto

It is amazing how quickly you can get something done if you provide a bit of incentive to encourage things along. A lot of companies dangle a wad of cash in front of their employees in the form of an end-of-year bonus that provides an incentive to get the job done.

Parenting seems to have a lot of incentivisation built into it for good or ill. Chores are done on the back of a promised allowance and individual projects such as cutting the grass or hauling out the wheelie bins might attract a once-off payment.

Even our pets are driven by incentivisation, although they don’t reason it out, it is all part of pack dynamics. Our dogs think we are amazing because we feed them each day and take them out for walks, with each adventure outdoors likely to be classed as the best walk ever.

No matter how it is incentivised, the pursuit of delivering something new, better, faster or unique is built into us and linked not only to a reward for our efforts but also to creativity. It is difficult to come up with something out of the ordinary unless creativity is available to help it arise.

It was definitely good news then when earlier this month the Irish Research Council announced it had received €1.5 million from the Government, with the express purpose of supporting “frontier research”. Fundamental, blue skies, knowledge-directed, frontier, call it what you will but the money is being invested as a way to spur creativity. The council supports scientific, humanities and social science research and it has been asked to distribute this money to researchers in these fields to encourage them to chase after their best ideas and discover new things.

The money will target promising young researchers in the early stages of their careers, a time when ideas may be plentiful but funding to support research is scarce. No matter what the discipline, the overarching demand from the recipients will be the delivery of excellence in research.

As the council puts it, the research should push boundaries, be daring and drive forward the frontiers of our understanding. It should help find the next generation of exceptional scientists and social scientists who will be able to build a research team around them and bid for more funds from the likes of the European Research Council and Science Foundation Ireland.

The decision to support this effort to create new knowledge was set in last October’s Budget 2017, with the Government promising to set up a fund within the council to back frontiers research. One might complain about the relatively small amount given but then something is better than nothing and there are few enough funding programmes that support the work of exceptional emerging researchers who are only beginning their research careers.

Council chairwoman Prof Jane Ohlmeyer at the launch was right to criticise the fact that fundamental research has been chronically underfunded, but these new Irish Research Council Laureate Awards would help begin changing all that. And like most other State-funded research support programmes, these awards are open to anyone from any country who must then move to Ireland to pursue their research agenda. This carries with it the added potential to gather some of the world’s brightest and bring a further international aspect to our research community.

Some of the county’s most valuable researchers are the young post-docs who work alongside our established leading scientists. Many great discoveries are made by researchers who don’t fear a challenge and who discover things that initially seem to have no immediate value, but in time oddities such as George Boole’s peculiar algebra can help remodel our entire world.