Aviva fund withdrawals not ‘canary in the coalmine’ 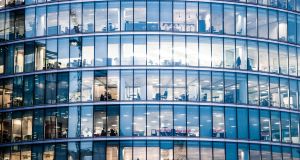 Downturn in the market may be caused by retail investors taking money off the table after making large gains in recent years. Photograph: iStock

Aviva’s decision to prevent investors from withdrawing money in commercial property funds is not the “canary in the coalmine” signalling the turning of the market, the boss of agent HWBC has said.

Aviva Life & Pensions Ireland moved last week to stop investors in two Irish funds withdrawing money for up to six months after dealing with a rise in demand in recent months from investors seeking their money back.

But Tony Waters, managing director of HWBC, argued that concerns Aviva’s decision may indicate a downturn in the market are misplaced.

“It has been caused by retail investors taking money off the table after making large gains in recent years,” he said.

“Some investors have also recognised the upside of switching their money into the shares of REITs which are trading at a discount to their net asset value. We may not see double-digit investment returns in 2020, but we see the market remaining buoyant,” Mr Waters added.

His comments come after analysts at ratings agency Fitch warned on Wednesday that the problems which forced the funds to bar investors from withdrawing cash could spread to other such companies.

“There is also the risk of contagion,” Fitch pointed out. “If a fund experiences a spate of outflows, investors in other funds invested in similar assets may move fast to redeem their holdings to limit exposure to declining asset values after forced sales.”

But HWBC suggested that prime rents in Dublin city centre would remain at the €65 per sq ft level this year with commitments of between 12 and 15 years being standard.

While concerns around the impact of WeWork’s failed initial public offering were prevalent toward the end of last year, HWBC said those concerns haven’t hurt the market as was feared. It noted that in parts of the suburban Dublin market, such as Sandyford, rents will likely rise this year as stock in newly developed properties is let.