Retail giant had concerns over visual impact and parking 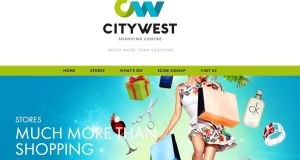 Dunnes Stores is the anchor tenant at the Citywest centre.

An Bord Pleanála has given the green light to 290 apartments at Citywest in Dublin spite of opposition to the plan by retail giant, Dunnes Stores.

OBSF Ltd has secured planning permission for the apartments across six apartment blocks ranging from five to seven storeys in height on a 2.9 hectare site at the Citywest Shopping Centre, Fortunestown.

Documents released by the appeals board on Thursday show that Dunnes Stores was one of the objectors to the plan along with a large number of local residents.

In its comprehensive objection, Dunnes Stores stated that it wished to object as the proposal materially contravenes local planning policy and would have an adverse visual impact on the area.

Dunnes Stores is the anchor tenant at Citywest Shopping Centre. which is visited by some 50,000 people each week.

In the objection, Dunnes claimed that the reduction in the shopping centre car parking capacity combined with under-supply of parking to support the development would put the shopping centre’s surface and basement car parks under significant pressure.

In its own submission, South Dublin County Council echoed some of the views expressed by Dunnes Stores and locals when it said that the proposed development failed to comply with the Fortunestown Local Area Plan (LAP) in relation to building height, density and dwelling mix.

The Council recommended that two of the apartment blocks be omitted from the proposed development pending a future application which would take a holistic approach to the development around the shopping centre.

However, the appeals board has granted planning permission for all blocks proposed by the applicants.

The appeals ruled that the plan would provide residential accommodation at a location that would promote sustainable travel patterns.

The board also found that the proposal would be acceptable in terms of pedestrian and traffic safety, would achieve an acceptable standard of urban design and would not seriously injure the residential or visual amenities of the area or of property in the vicinity.