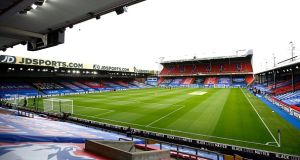 Liverpool’s hope of ending the season with a record number of points was ended by Arsenal last night, following a 2-1 defeat at the Emirates. The Premier League, European and World champions took an early lead via Sadio Mane, but Alexandre Lacazette and Reiss Nelson pounced on costly defensive mistakes to turn the game around before the interval. Despite numerous chances, Jurgen Klopp’s team failed to find the net again. Bournemouth need a dramatic turnaround to preserve their top-flight status after an unfortunate 2-1 defeat at Manchester City pushed them closer to relegation, Harry Kane went past 200 club goals to hand José Mourinho a first Premier League win at St James’ Park at the eighth attempt as Tottenham beat Newcastle 3-1, while Chris Wood’s stoppage-time penalty denied Wolves victory in a 1-1 draw which intensifies the battle for European places. Tonight, both Manchester United and Leicester are in action as the battle for the top four nears its climax - the latter face Sheffield United at 6pm before United visit Crystal Palace at 8.15pm.

The British and Irish Lions confirmed on Monday that next year’s tour of South Africa will go ahead as scheduled in July and August, thus ending any possibility of a global calendar coming into being in 2021. There will be a reduced total of eight matches in the tour and with 30,000 supporters expected to take in some or all of the tour the four home unions felt compelled to confirm the schedule now. A new Memorandum of Understanding (MOU) between Sport Ireland and the Pharmaceutical Society of Ireland (PSI) could potentially result in the reopening of the James Cronin anti-doping case. The Munster prop received a one-month suspension back in April after a mix-up at a Cork pharmacy led him to collect medication, on Wada’s prohibited list, meant for another James Cronin.

1 John Hume obituary: Nationalist leader who championed ‘agreed Ireland’
2 Why are there so many angry dads?
3 John Hume, architect of peace process, dies aged 83
4 DUP’s Brexit ads: Who bankrolled the secretive £435,000 campaign?
5 Nine arrested following ‘shocking’ antisocial behaviour in Kilkee
6 Concern as OPW rejects responsibility for ancient church in Dublin
7 Portuguese police disperse groups of young Irish holidaymakers
8 Two people die after car enters water outside Co Cork village
9 On your bike: 12 reasons to get cycling
10 Optimism fades for pubs under next lockdown lifting phase
11 Is that concealer you’re wearing, Mr President? The rise of men’s makeup
12 Netflix: 10 of the best new shows and films to watch in August
13 Maureen Dowd: The US president and the damage done
14 Una Mullally: Dublin has chance to be reborn amid Covid-19
15 Has Britney Spears really been judged incompetent to vote?
16 Róisín Ingle: I’m menstruating as I write this. And I’m mad as all bloody hell
17 John Hume ‘upheld democracy’ in Ireland, says President
18 Misconduct claims in Department of Transport spark Garda inquiry
19 The Offload: Schools rugby talk in the Seanad appears tone deaf
20 Poland and Hungary have not got free pass on rule of law
21 24 hours in Bundoran: ‘The town is mental. No one expected it to be so busy’
22 ‘I’m pretty sure that if I had been somewhere else they would have just let me die’
23 Ken Early: Frank Lampard’s problems start at number one
24 Towns and villages to get €2.8m for ‘cycle cafes’ and outdoor cinemas
25 Investigations staff at Department of Agriculture cut from six to two
26 Body found in search for man who went missing while swimming in River Lee
27 Owner of Dundrum Town Centre to sell prized assets
28 Not for the birds: Keep your blueberries for these delicious oat slices
29 Five cases of Covid-19 confirmed at food processing factory in Co Offaly
30 John Hume: His life and times
31 Resolute and resilient: ‘I’m not ready to go yet. I’ve still life to live’
32 All in the Game: Klopp gets the last laugh in quiz show
33 Covid-19: No more deaths but 53 further cases confirmed in State
34 No motor tax refunds for vehicles off road during lockdown
35 Controversial tampon ad ban by advertising watchdog could be reviewed
36 From Dukes of Hazzard to Kanye West: The Confederate flag curse
37 Pilita Clark: Working from home is starting to pall
38 Can a first-time buyer get relief on a buy-to-let home?
39 John Hume’s legacy: Stubborn figure transformed the relationship between Britain and Ireland
40 Ireland has moral duty to help end Uighurs’ persecution
Real news has value SUBSCRIBE