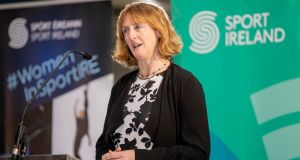 Intercounty players will have gone six months without a single anti-doping test by the time collective training resumes in September, and until then the GAA will remain the only sport in the country without some level of deterrent or direct detection.

Of obvious concern to Sport Ireland, Dr Una May, their head of anti-doping and director of ethics and participation, admitted it would be “naive” to think this mightn’t be viewed as some of sort of loophole, but also warned that improved intelligence and anti-doping profiling could still find out any player who ingests a banned substance.

The GAA suspended all activity back on March 12th, shortly before most of the world went into complete lockdown, and while club matches resume across the country this weekend, collective intercounty training doesn’t return until September 14th, ahead of the resumption of intercounty matches on October 17th.

In agreement with the GAA and Gaelic Players Association (GPA), Sport Ireland can only carry out anti-doping tests on senior intercounty players, either out-of-competition at collective training sessions or in-competition on match day.

“It’s not ideal,” said May, “but then all of anti-doping has been challenging during the lockdown. In any sport, we aim for the top tier, or development level [for testing], but in the GAA, our target is the senior county panel. So until we’re advised the county panels are officially back up and running, we won’t be targeting club level, in the meantime. Once they’re officially sanctioned to train, that’s when they’re back on our radar.

“We are back testing the other team sports, and all athletes on the testing pool. And with all teams, we only test in group training, or in competition, unless we have good reason to test outside of their team environment. Having that right is important though, if we have the information to believe it’s appropriate. But that is our team sport model.”

At the height of the lockdown, all testing was effectively suspended, unless on a need to go in basis, only this extended six-month period without any anti-doping in the GAA presents a different sort of challenge, and opportunity, for Sport Ireland.

“It would be naive to think that if someone wanted to dope, they’re not going to see a potential opportunity, knowing that there was a lockdown in place,” says May. “But you have to put the health and wellbeing of the athlete first, and maintain the integrity of the sport, given the potential loophole, and at the same time evolve and develop our other ways of accessing information, and acting on it.

“And it would be pretty unrealistic to say to some people didn’t get tempted [during the lockdown]. If someone is tempted to dope then they will take whatever opportunities they can, and if this is an additional opportunity for people to dope, openly, then our point is we retain all of our samples, and we would be able to see situations from a pre-lockdown to a post-lockdown. Every sample we collect nowadays forms part of a biological profile, of urine and blood.

“Of course it would be preferable if there was routine testing going on, but it has also created opportunities for us to enhance our connections with these major law enforcements, and make sure we maximise on what information is coming out of there. Things will always be a little random, when we’re testing only, and that’s why we were already pushing to develop our intelligence side of things.

“There would have been a few weeks where we didn’t do anything, but were in a position to go in if we had intelligence, or information, that led us to believe there was a high risk.

“In terms of the GAA we do have other possible approaches. We are looking more closely at the intelligence side of things. It’s not all about the testing. It’s also about information that we receive, and that was an important part of our negotiations with the GAA, and the GPA, around the ability to get addresses, so that if we get information we could at least target our investigations in a more direct way.”

Last year, the GAA accounted for 135 of Sport Ireland’s 1,303 anti-doping tests, the fourth highest after cycling (218), rugby (196) and athletics (154). Four GAA players have returned positive samples in recent years, Carlow footballer Ray Walker receiving a four-year ban in April after testing positive for meldonium, adding to Kerry football Brendan O’Sullivan (MHA, in 2016), Monaghan footballer Thomas Connolly (stanozolol, in 2014), and another Kerry footballer Aidan O’Mahony (salbutamol, 2009), all of whom claimed their consumption of the banned substance was entirely inadvertent.

It’s unlikely the 2020 testing numbers will reach 1,303: “It will be a little less,” says May, “but our testing in the first three months would have been targeted heavily towards the Olympic sports anyway. We’ll catch up a certain amount, and we are doing more than we’d normally do, right now. We’re putting a lot of energy into that, and when GAA training does resume, needless to say we will be there.”